One Day in Bern Switzerland

Bern is recognized as the de facto capital of Switzerland and boasts of being the fifth largest populated city as well. Situated in the midland region, Bern is within close proximity to a number of notable locations with rich and significant history. In recognition of the amount of history this city holds, it was added to UNESCO’s world heritage list in 1983. Lauben, which is what locals call the 6 kilometers of arcades that makes for one of the longest shopping promenades completely sheltered from the weather in Europe remains one of Bern’s main highlights. 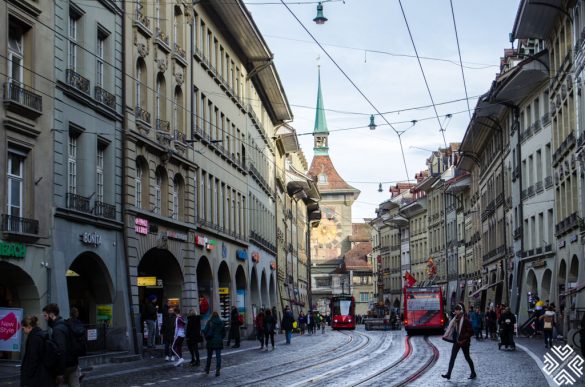 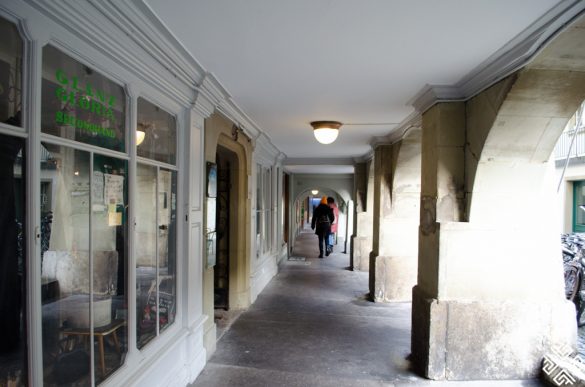 The uniqueness of Bern can easily be spotted from its sandstone façades, the numerous fountains that dot the picturesque landscape, the historic towers and the ancient narrow streets. For the best view of this historic town, an exploratory walk around the city center allows you enough time to bask in its beauty. The platform of the 101-meter-high cathedral tower, needless to say, presents the perfect elevation to have an aerial view of Bern. The River Aare alongside the bars, boutiques and cabaret stages present in this old town all make for the perfect tourist visit location. 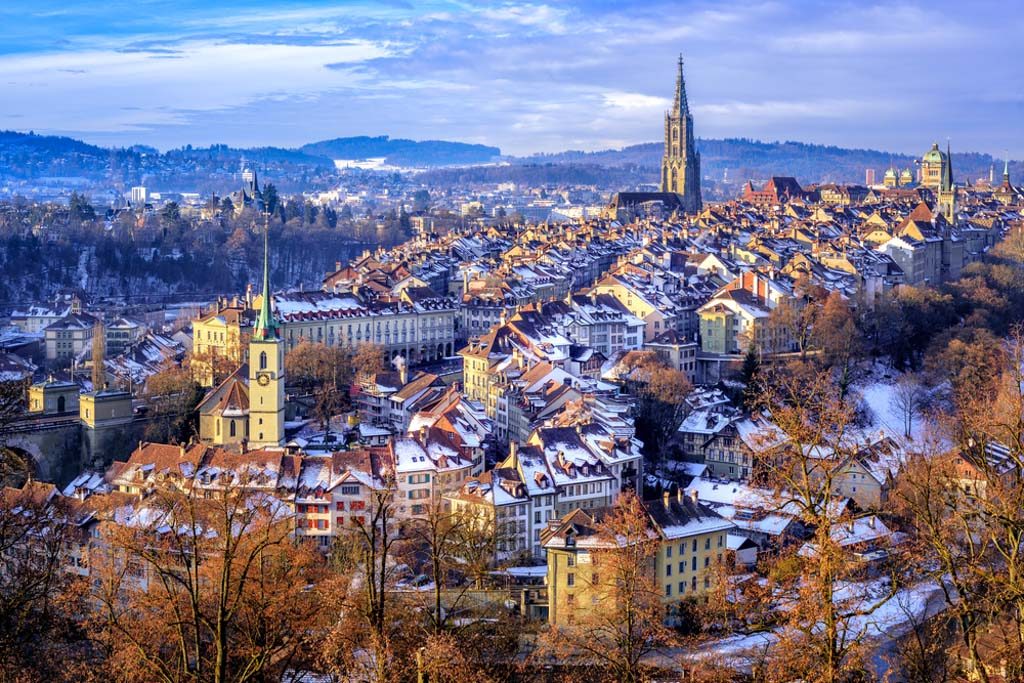 Regarded as the Federal city by the Swiss, Bern is the center of Switzerland’s government. The Houses of Parliament which are very close to the railway station can be easily spotted as they rise above the city. The Parliament is one other place that fascinates visitors and access is granted to locals and tourists alike. As a plus, there is a possibility of bumping into a member of the people as well as capture images of this impressive edifice.

How to Spend One Day in Bern, Switzerland

Here’s a rundown of what to do in Bern in a single day.

Stroll Around the Old City

One of the ways to experience an amazing tour of Bern is by walking through this old town. This should, in fact, top your list of what do in Bern in one day. Apart from hearing all about this town during your tour, ensure that you check out the Gothic Cathedral (Münster) alongside its breathtaking portal and the Last Judgement rendering. 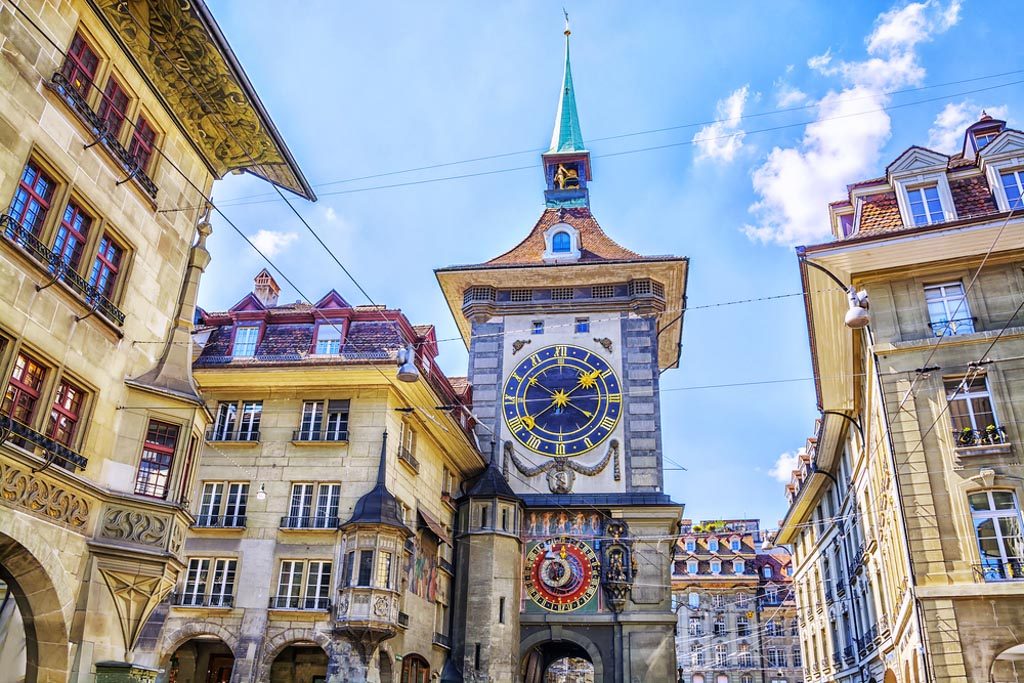 Next, a visit to the Zytglogge which is a 13th-century Clock Tower promises an exciting show that occurs on the hour. Also, there is a possibility that you might bump into a Federal Council member when passing by the Parliament building. Aside from walking, there is an option for making use of the tram network and the tour is equally thrilling. 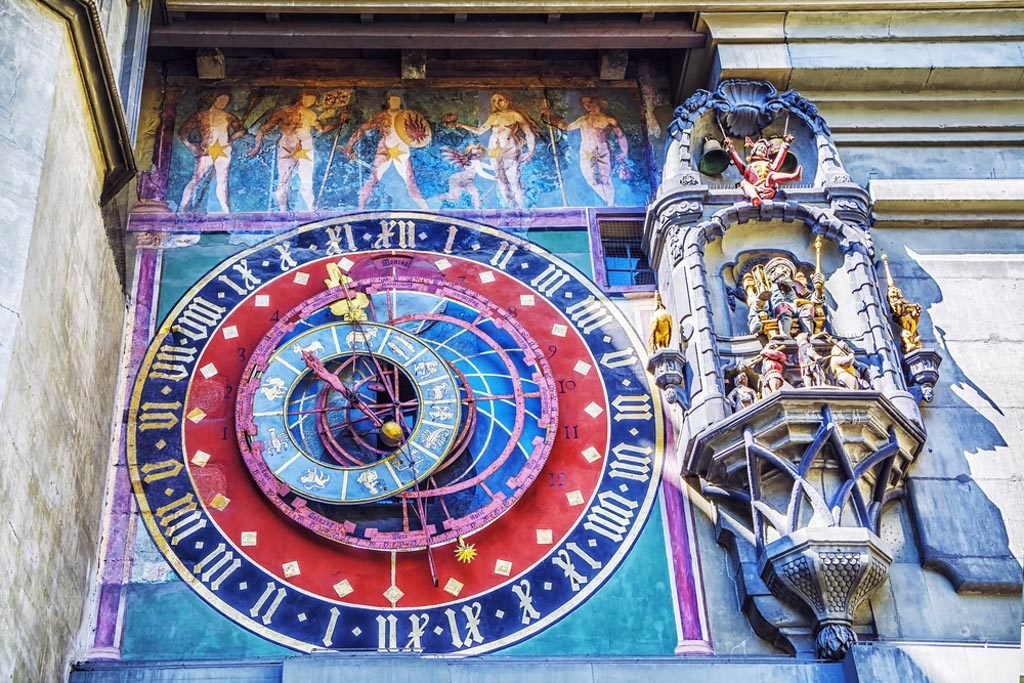 This landmark clock tower is one of the few remains of the first city walls of Bern. Its conception dates back to the 1300s which implies that this clock has struck on the hour for over 600 years. The stairway consists of 130 steps which top off at a look out the platform from where the Old City is spread out and the Alps may be visible as well. You should watch the puppet show during your visit to the clock tower as well.

The Käfigturm can be found in Bern as well and is regarded as a Cultural Property of National Significance. This tower which is a part of the UNESCO Cultural World Heritage Site of the Old City of Bern has its original construction dating back to 1256 when it was originally built as a gatehouse. It underwent demolition in 1640, however, it was immediately reconstructed after.

The Kindlifresserbrunnen otherwise known as Child Eater Fountain is one of the oldest and most popular fountains in Bern and dates back to the 16th century. The sculpture that makes up the fountain is that of an ogre consuming a naked child with a bag containing more children beside him. 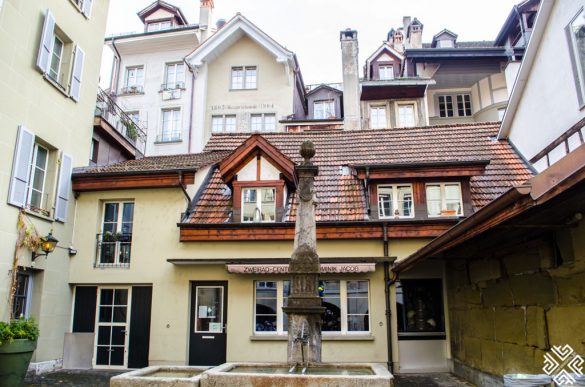 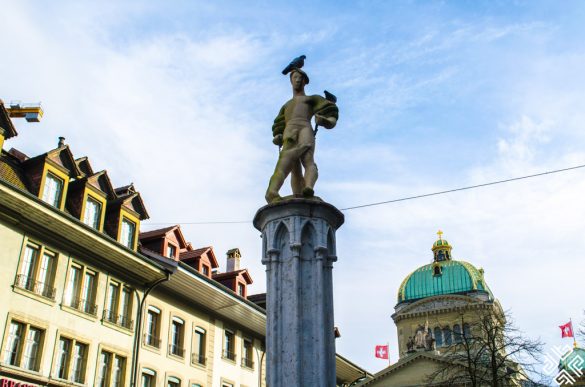 There have been various theories and explanations for this sculpture and you would most likely hear all of these while hanging around the fountain. Some other family fountains that can be going in this region include Pfeiferbrunnen, Schützenbrunnen, and Zähringerbrunnen among others. 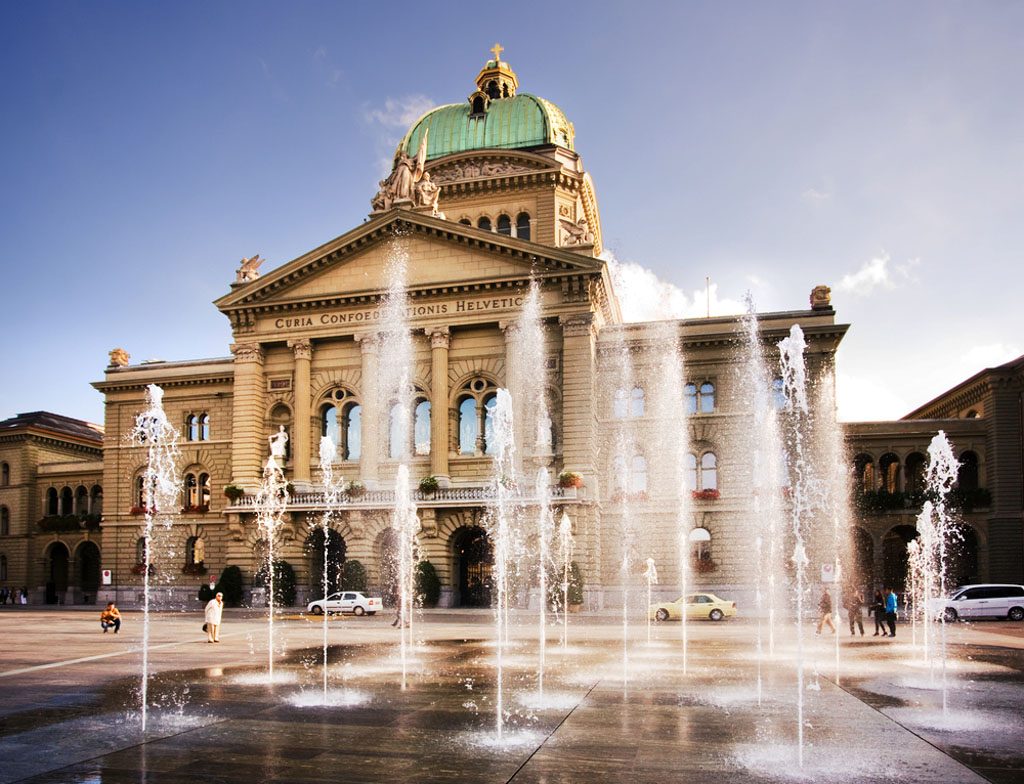 The Parliament Building is home to the Swiss Parliament. It is also the headquarters of the Swiss federal government. 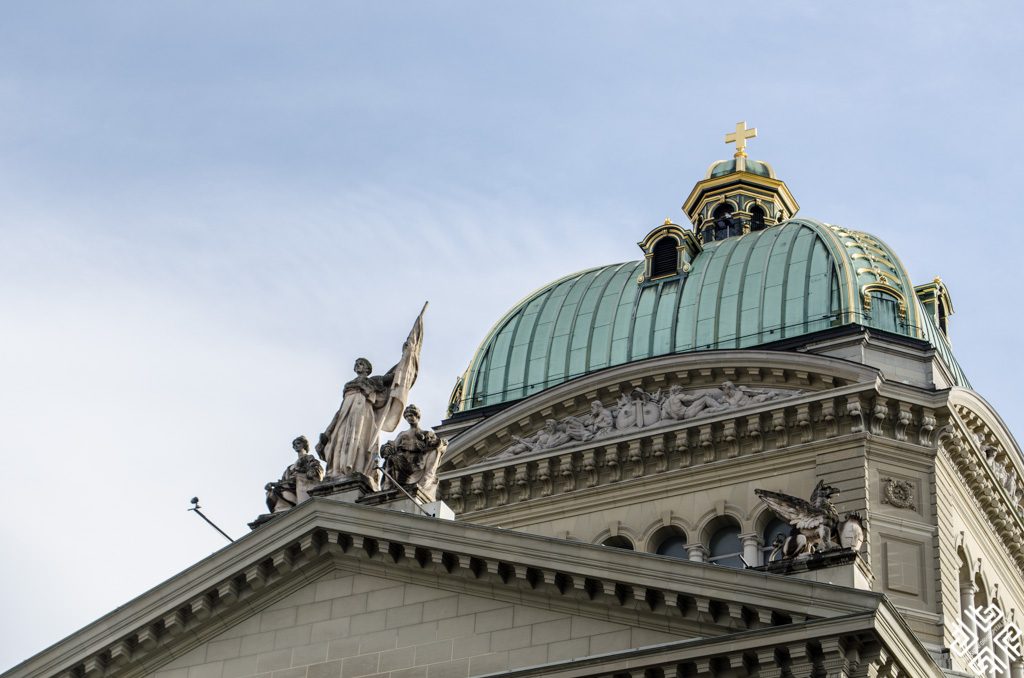 This impressive structure is of very great significance and serves as a meeting venue for the council of states and National Council of Switzerland’s government who meet up at least 4 times every year. You should definitely check this location out.

From Lausanne we headed towards Bern where we walked around the charming medieval Old Town dating back to the 12th century. 🏰One of its highlights is the Zytglogge, which was constructed in the 13th century and served as a guard tower, clock tower and the centre of urban life. The astronomical clock is spectacular, it was built in form of an astrolabe. We also passed the Parliament Building and the impressive Bern Minster which is the highest Cathedral in Switzerland, with a height of 100.6 meters. 🇨🇭 @ilove_bern #Bern #passionforhospitality

Admire the Views from Bern Münster

One of the most impressive views of the city of Bern can be gotten from the higher point of the Bern Münster. 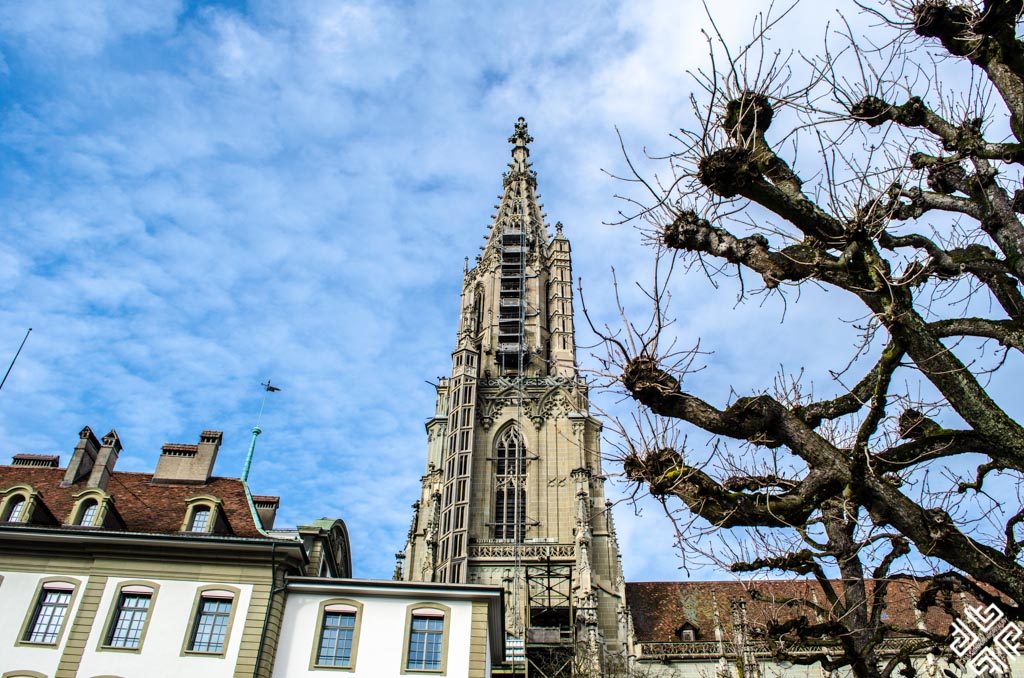 Although climbing the 222 steps up to the tower could be quite a task, at the end of the day, the view of the city from this point would definitely make the climbing worth it.

Spend Some Time in The Cathedral of Bern 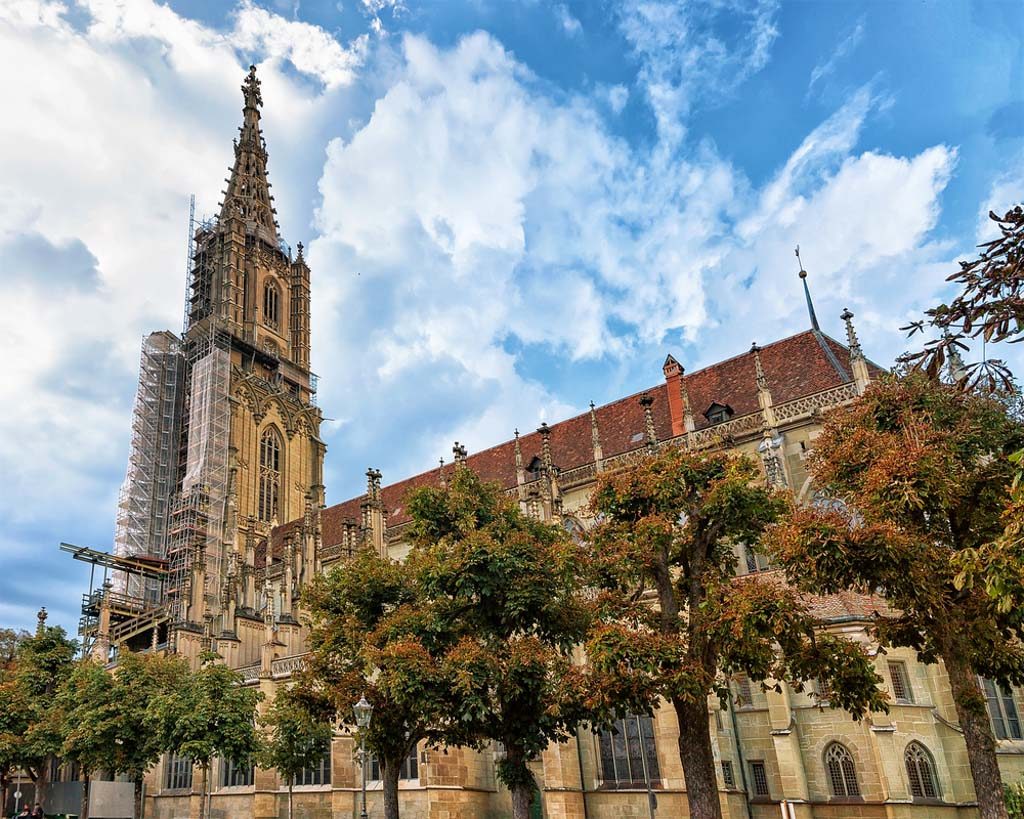 The Bern Münster Cathedral of St. Vincent remains the most important medieval church in Switzerland. This building which was designed in late-Gothic style presents the nest view of the city from its high tower. 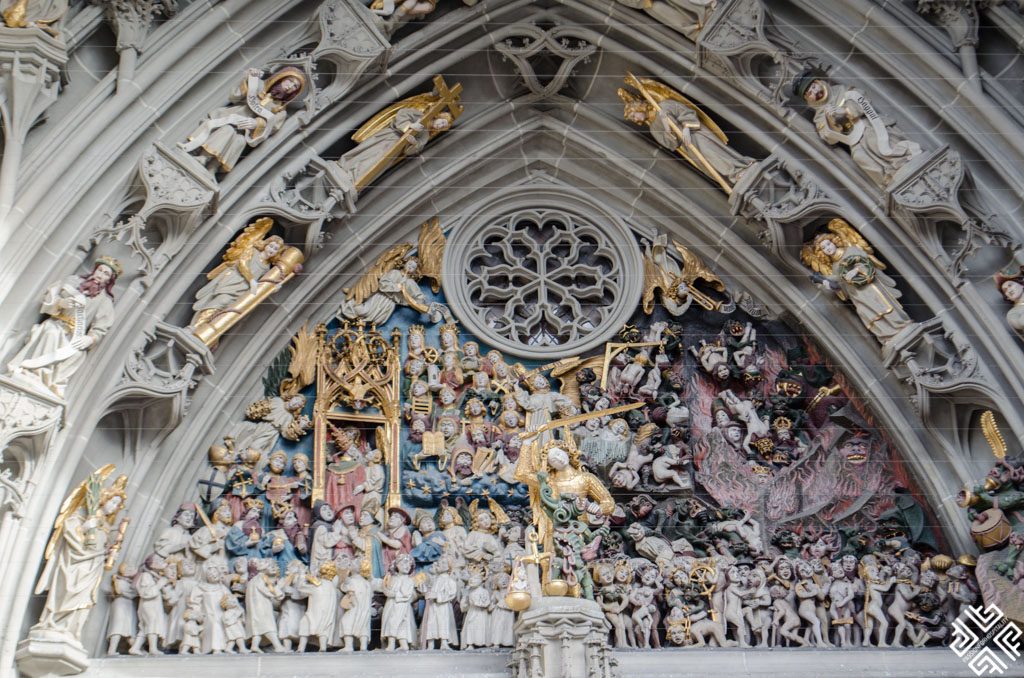 You should definitely drink in the sight of the magnificent picture the city paints from this height and the mountains of the Bernese Oberland which are usually covered with snow.

The Bear Pit or Bärengraben refers to an enclosure for bears and is located on the Eastern end of the city. 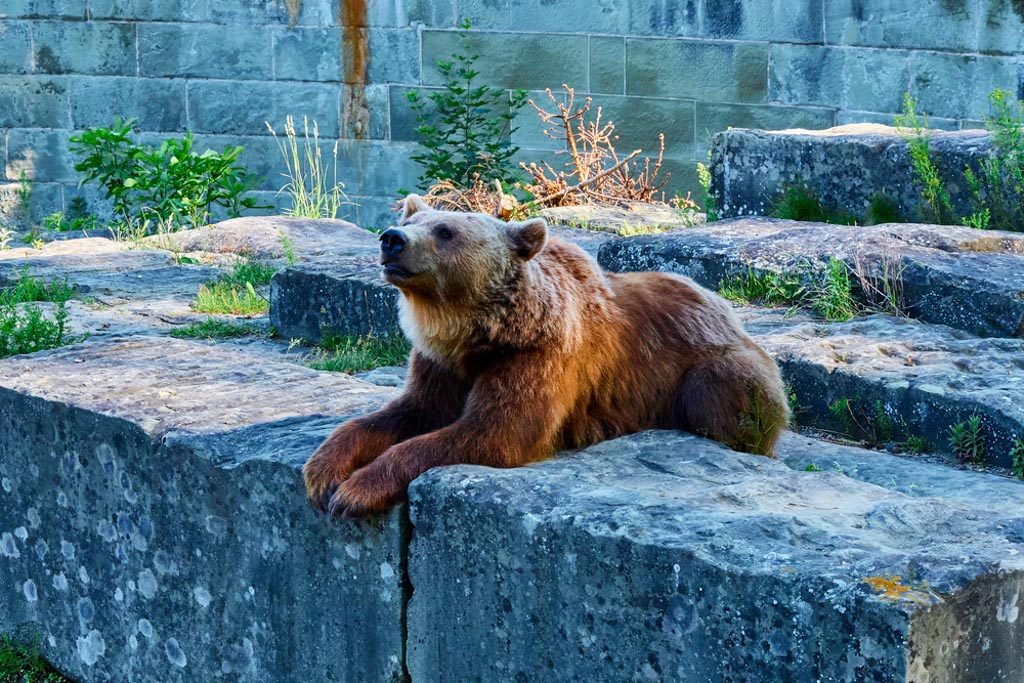 The Bärengraben is a Swiss heritage site of national significance and also carries great significance in Bern.

The great scientist Albert Einstein lived at Kramgasse No. 49 in Bern with his wife Mileva Marić alongside his son, Hans Einstein for two years from 1903 to 1905. This location is what is referred to as Einsteinhaus (Einstein house) and it has been proven that his papers on the theory of relativity were written here. 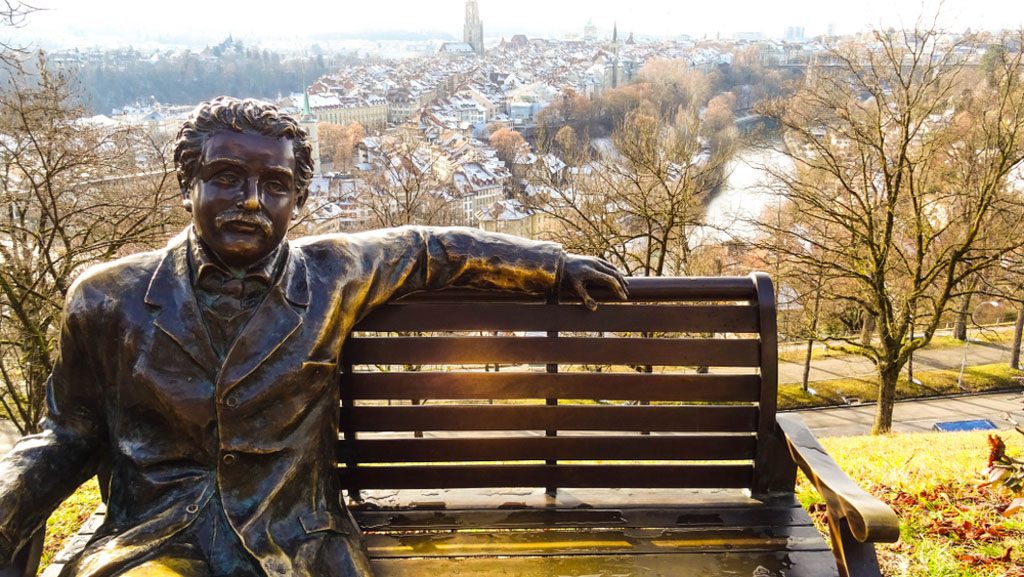 This second-floor apartment has been made to reflect the exact way that the Einstein family lived. Have a look into the home life of this great scientist and check out how the genius lived. Opening hours are:

Other museums in Bern include the Museum of Fine Arts, which is the oldest art museum in Switzerland possessing a permanent collection.

Alpine Museum of Switzerland is a museum specifically dedicated to the culture and nature of the Swiss Alps. It can be found located at Helvetiaplatz 4 in Bern. Opening hours are

The Museum of Communication in Bern basically consists of a collection of the different ways that humans have communicated both in the past and in present times. These exhibitions mainly project daily relations between humans of various cultural backgrounds. A visit to this museum is a guarantee of a splendid time. Opening hours are:

Naturhistorisches Museum Bern was founded in 1832 and currently occupies a building on Bernastrasse, in the Kirchenfeld quarter which has been expanded several times since its erection between 1932 and 1934. This museum holds Switzerland’s largest animal skeletons and bones collection alongside over 220 life-sized dioramas which comprise preserved animals from Switzerland, Asia, and Africa. Opening hours are:

Zentrum Paul Klee is a museum dedicated to Paul Klee and holds up to 40% of Paul Klee’s complete pictorial oeuvre. Opening hours are:

If you are staying in Zurich or Lucerne you can opt for this day trip to get a feel of the scenic city of Bern. Ride in an air-conditioned bus from Lucerne or Zurich and travel along picturesque roads with breathtakingly beautiful landscapes. Check out the Alpine pastures and pristine moors dotted with many farms and stop at the Kambly Experience, Switzerland’s biggest biscuit brand. Arrive in Bern and take a leisurely walk around the Old town, with all the sights there are to see. 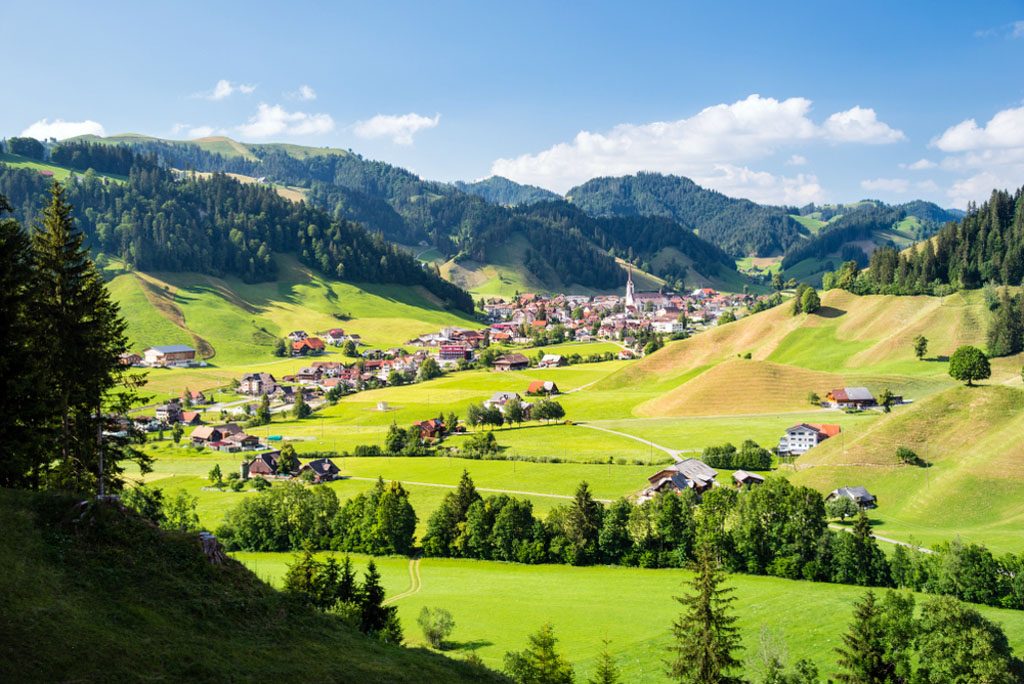 Go on to the Emmental valley and marvel at the spread of the roofs that serve to shelter the farmhouses. Watch as fresh cheese is being taken out from the pot by hand during your visit to an Emmental farm and drink in the sight of production of the largest cheese in the world – the Emmental AOP. To round off your trip, get a taste of this family cheese before returning to Lucerne or Zurich.

How to get from Bern to Lucerne

The Bern to Lucerne train usually leaves the Bern Train Station at different times of the morning. Typically, there are trains leaving between 05:36 am and 10:36 pm with travel durations of between 1h00min and 1h36min.

How to get from Bern to Geneva

The first Bern to Geneva train departs around 00:15 while the last one departs 23:08. The average distance between the two locations is 129km and the fastest route gets you there in about 1h 41m. The station is located at 3008, Bern Switzerland.

Where to Stay in Bern

There are various accommodation options in Bern ranging from the elite 5-star hotels to the more affordable options. Here are some of the best 5-Star hotels in Bern.

The Hotel Bellevue Palace Bern is the Swiss’s Government official guesthouse. It is a 5-star hotel that occupies a novel spot next to the Federal Parliament building. This luxury hotel has a sauna, free Wi-Fi, a fitness center, parking space and allows pets as well.

This 5-star hotel which is located in the heart of Bern offers top-notch state-of-the-art facilities as well as luxury rooms that scream comfort. Facilities like a spa center, as well as a 500-meter square wellness center. This hotel is also very close to the Bern airport.

The Hotel Savoy is a modest, yet elegant hotel and can be found within walking distance of arcade shopping streets and the main station. Apart from 24-hour front desk reception, this hotel also offers free WiFi and allows pets as well.

The Metropole Easy City Hotel is only about a 5-minute walking distance of the train station and is of close proximity to sights like the Zytgloggeturm clock tower and the Federal Palace of Switzerland. Free WiFi is available for guests.

Situated just opposite the Central Station, Hotel City am Bahnhof offers convenience right from the time your stay begins. Also located very close to the Federal Parliament and famous arcades, guests can make use of public transport. The rooms are equipped with minibars, safes and satellite TV.

Check out our other Switzerland City Guides:

One Day in Lausanne Switzerland

A Weekend Guide to Nafpaktos: 3 Days in...

A Day spent in Vilnius, Lithuania