This Valentine’s Day was spent in a slightly unorthodox way; instead of chocolates and an overwhelming explosion of hearts everywhere, we opted for a Jasna Chopok Ski Holiday in Slovakia. My childhood friends and I decided to try a European ski destination close to Greece. Ryanair now flies to Bratislava which is approximately a two hour flight from Athens. We arrived in Bratislava airport in the late afternoon where we had arranged for a car rental company to deliver our rental car for on going transport to the mountains of Jasna.

From Bratislava Airport to Liptovsky Mikulas

The journey was a distance of approximately 260 kilometres which we managed to complete the time frame of about 2 and a half hours. The journey is quite straight forward mostly of straight stretches of road on the highway without any toll charges. My travel buddies who go on ski holidays on an annual basis, when comparing the journey to the ski resort of Jasna Chopok  commented that it was one of the easiest and straight forward road trips they have done. First night out at Route 66

In the evening after 10 pm we reached our destination in Liptovsky Mikulas which is about 18 kilometres from the slopes of Jasna Chopok. We wanted to have dinner and relax before hitting the slopes the next day. Usually the restaurants are open until 23:00pm and the city looked very quite although it Saturday night. We were recommended the American grill bar Route 66 for a close distance and value for money meal.  In Slovakia beer is cheaper than water, and overall with 10 Euro per person you have a very good meal. So we enjoyed our large lagers and tasty burgers, all for just a 10 Euro per person. Tip for smokers, Route 66 is smoking friendly and is open until 02:00. On the way to Jasna Chopok The next morning we headed toward the mountain, but due to a big influx of people on a sunny Sunday the parking at the ski resort was full therefore we were guided to park at the first ski bus and parking stop in Demanova where we decided to rent our ski equipment while waiting for the bus. We were worried at first that we would have to wait for a long time judging by the endless queue but buses turned out to run on a very regular basis and we were surprised that it was a free ski bus service. So by the time we got our ski equipment ready an empty ski bus was waiting for us. Queue of skiers waiting for the ski bus

The prices vary depending on how many days you would like to rent the equipment for but generally ski rental prices are quite cheap. For example a daily rate for a full ski set is 11 Euro. I don’t think any ski resort destination can beat this price for decent quality skis. We made the right decision and therefore recommend that you rent your ski equipment here and not at the Jasna Chopok mountain  as it is more expensive up there. You can also try negotiating rates for longer rental periods but it is tricky to find a person who understands you in English. We managed to communicate with a mix of Russian, hand gestures and eye-lash batting, but where there is a will there is a way. The place we rented our ski equipment After we were all set with our ski equipment we took the ski bus from Demanova to the Jasna Chopok ski resort which took us about 10-15 minutes. There are other skiing points such as Lucky and Zahradky before reaching Jasna that are all connected by some kind of lift (cable way, chair lift or ski lift). Next was to get our ski passes, there is a half day pass which starts from 13:00 and can be used until 16:00, this is when the ski slopes close. The cost was 29 Euro, with a 2 Euro surcharge for the ski pass card which you can get back once you give in your card. You can get discounted rates on various F&B products plus other services by registering your Go Pass online. Two ski points close to the peak were closed due to weather conditions. Jasna Chopok is known for its windy personality and this manifested in the afternoon but it not deter our ski experience at all, it was actually a bit exciting because the overall conditions were good. Generally Wi-Fi is offered free in most restaurants and cafes in the mountains, but the signal strength varies. The Jasna Chopok ski resort highest peak is Chopok which is 2024m. On the first day we reached the Brhliska at 1423m that has a Bernardino Burger restaurant where you can sit outside as well as inside. Going down the blue and red slopes of 10a and 10, we also did a rest stop at a wooden chalet for a hot chocolate before heading down again. There is also infrastructure for a snow park, which is very promising especially as the AUDI FIS Ski World Cup Jasna is going to be hosted here between 5th and 6th of March 2016. 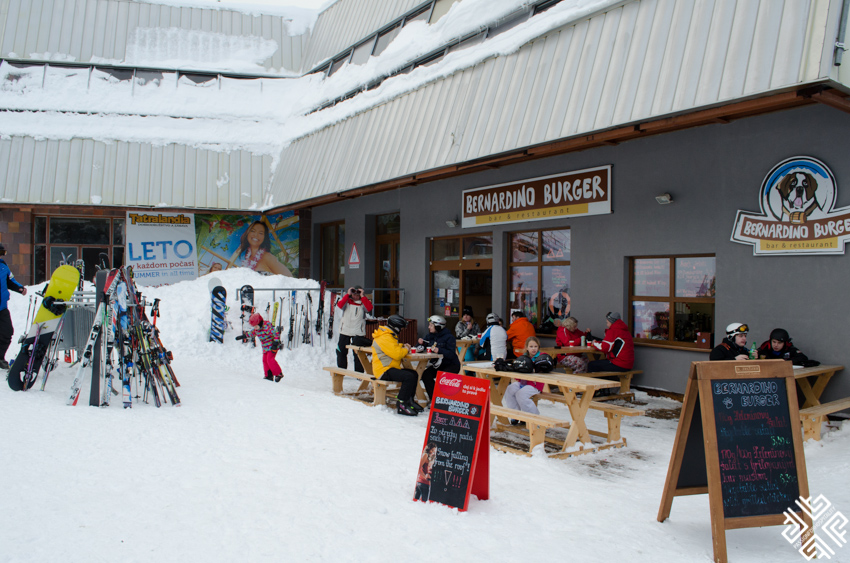 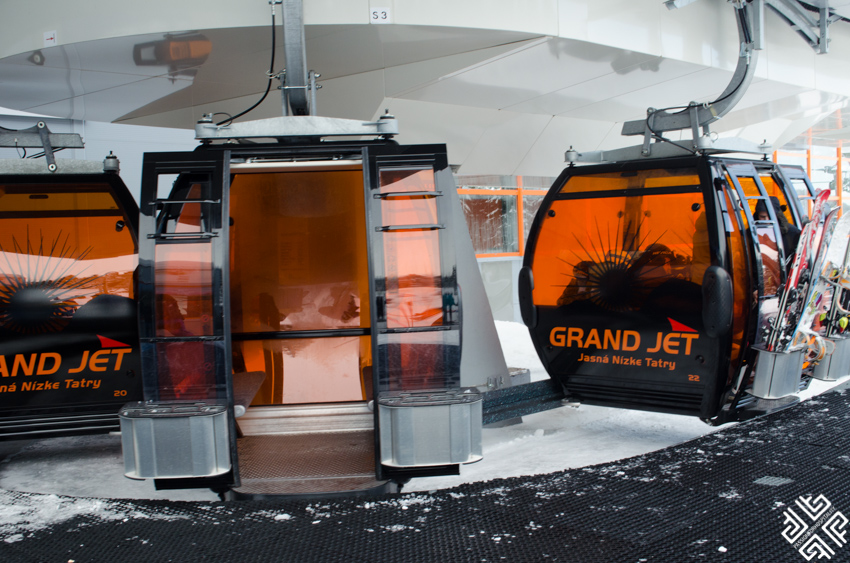 Are we really too many?