Our second day on Zakynthos started off with a breakfast at the hotel followed by a full day programme exploring the wonders of the island. Our host Zantehotels4u made sure that we saw the best Zakynthos had to offer, and they for sure did not go wrong with their planning. The morning started off with a visit to Aristeon olive press, a modern and ecological olive oil production and standardisation unit. This is a family business that dates back to 1850, however the new unit is only 4 years old. In front of the building there is an exhibition of machinery parts from the past to the present. The olive press is open all year round where visitors can get the chance to learn more about the production process, taste the olive oil and purchase some to take back home. We were met by a family member who explained to us that they have two types of olive oil, the Koroneiki olive oil and another type which is produced from the dopia, meaning local olives. The olive harvesting period usually takes place from the end of October until end of February. Here, the olive oil that is produced is low on acidity. We also learned that the pulp is sent to Peloponnese for further production of second pressed olive oil. The pit is used as a heating substance

What was interesting to find out is that the pit is used as a heating substance to heat the homes on the island, thus nothing goes to waste. 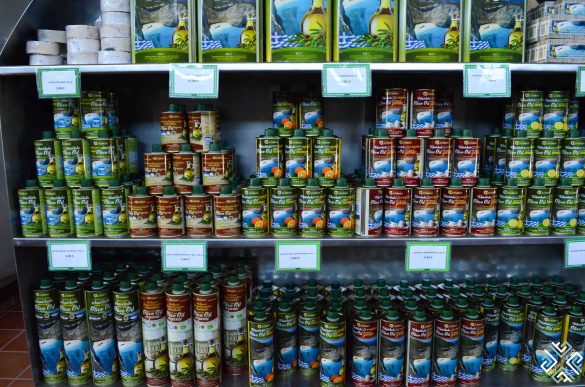 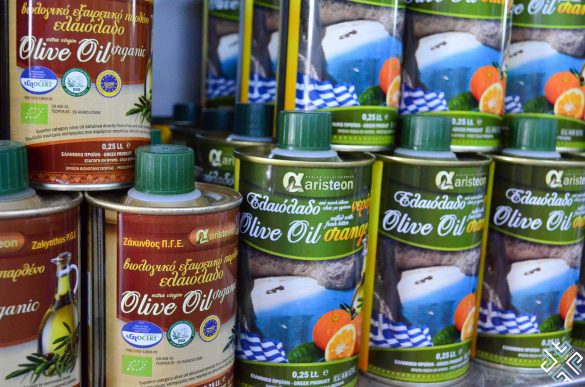 Aristeon also produces flavoured olive oil where lemon, orange or garlic is mixed in during the production process. Very delicious indeed. We got to try all the flavours and some olives too. Boat Tour of the National Marine Park of Zakynthos View on our way to Keri lake resort

Our next destination was the Keri Lake resort where we boarded our private motorboat. Our captain for the day, the young gentleman Stamatis first took us to see the famous Caretta caretta loggerhead sea turtles in the Zone A of the National Marine Park of Zakynthos. The sea turtles are the main attraction here and some tourists literally go crazy at getting their shot of these sea creatures. The traffic in these areas can be horrifying. We were lucky enough to spot one sea turtle and it was a beautiful experience indeed. 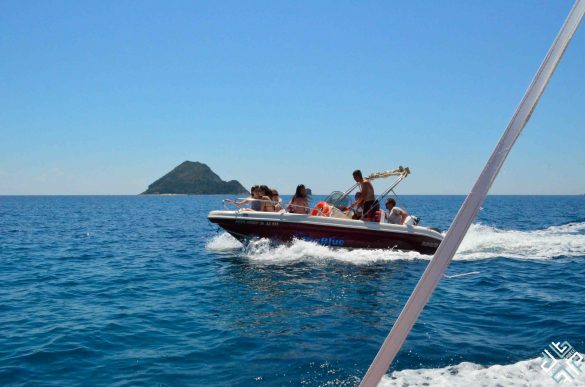 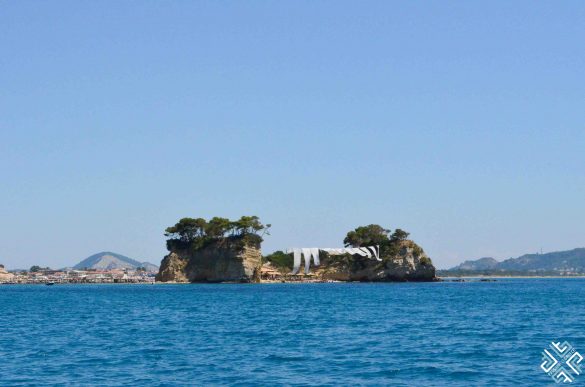 We then took off for a boat ride around Keri and saw some of the most amazing caves with blue and green waters. We couldn’t believe our eyes that such natural beauty exists. 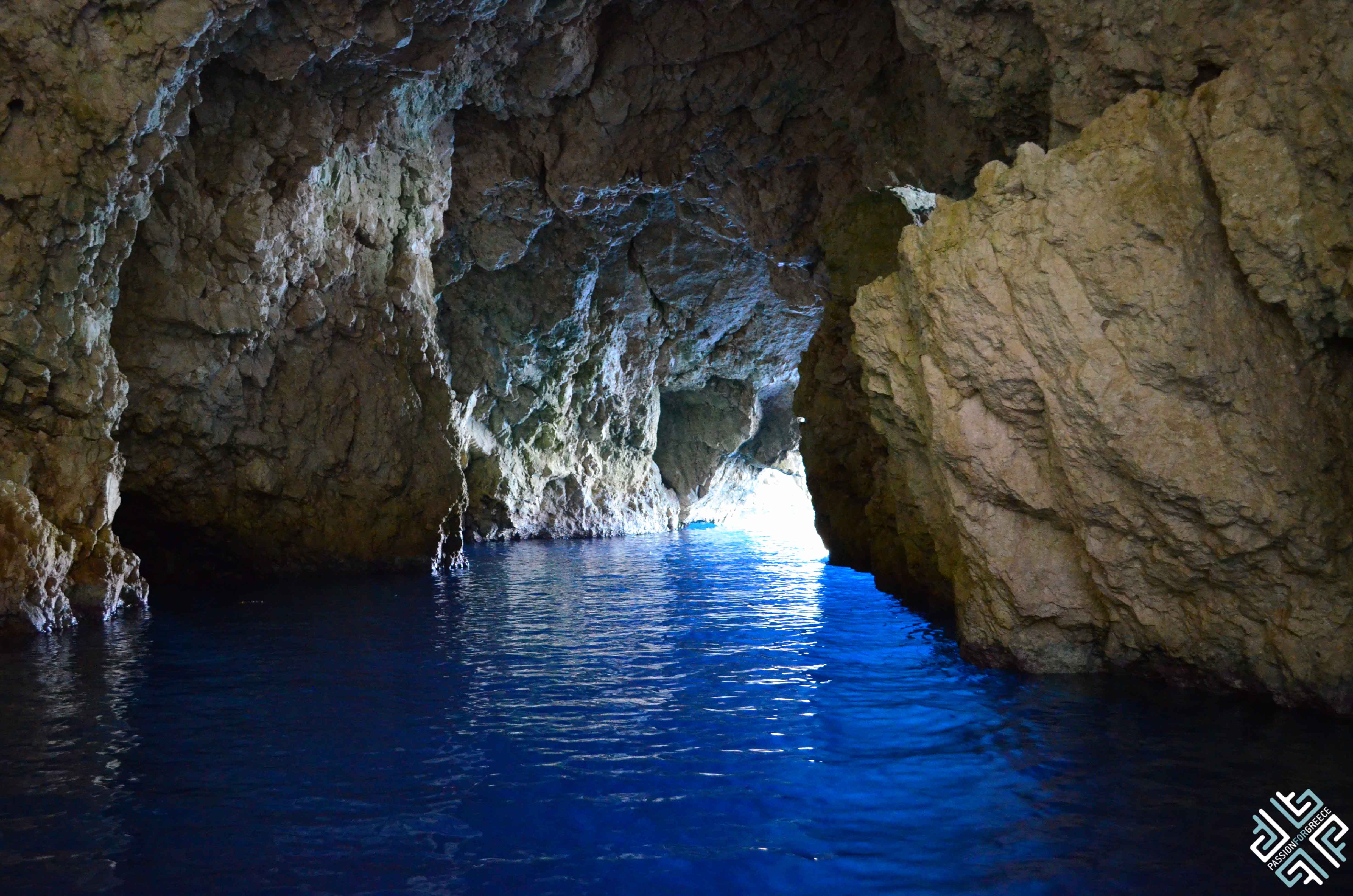 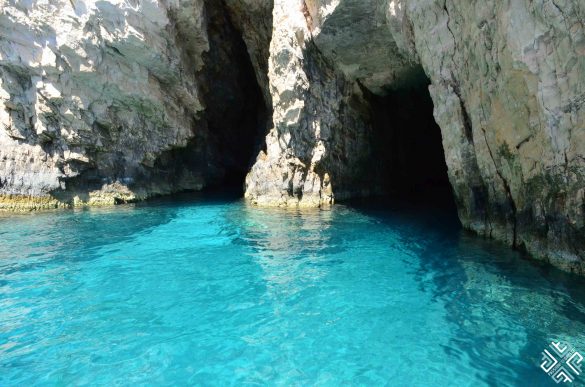 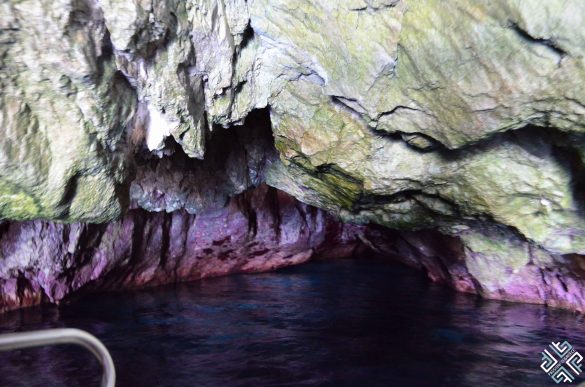 Stop for a swim at the Marathonisi Sea Turtle Island

We then stopped at a private little beach for a swim, this was the first of the summer. After our swim we continued our journey to the Marathonisi Sea Turtle Island, where the sea turtles lay their eggs. 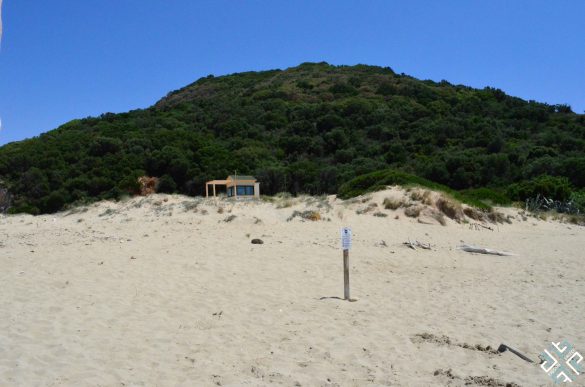 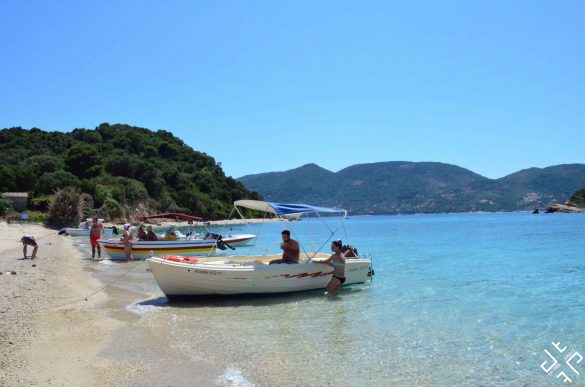 The female loggerhead turtles first reproduce between the ages 17 and 33, and produce on average 3.9 egg clutches and then become quiescent, producing no eggs for two to three years. An average clutch size is 112.4 eggs but in most cases not even one of the baby turtles survive, this is why it is such an endangered species. 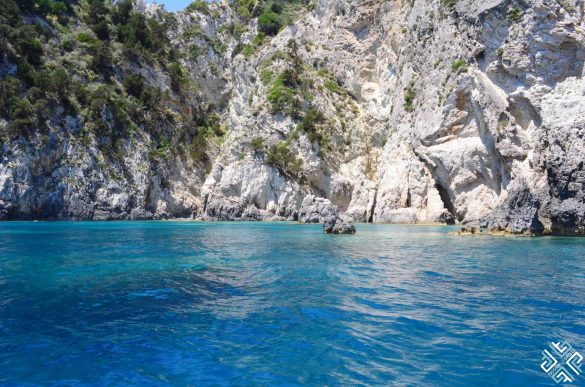 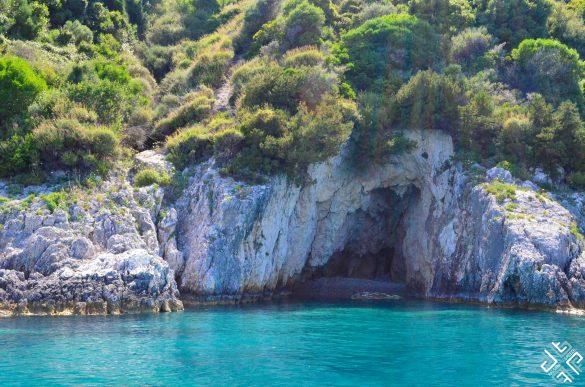 We had another swim at the Marathonisi Island and then continued our trip to the Oasis Beach which can only be reached by boat, the number of Oh! and Ah! that came out of our mouths was countless as we were left speechless at the sight of such wonders. I recall Rebecca of Life Beyond Borders comparing this site to a scene in Jurassic Park, indeed it felt like we were taken somewhere else, out of this world. As our boat trip was coming to an end, we got back to the Keri Lake resort and after grabbing a cappuccino we went back to the hotel to shower and change and head out to a great evening, dinner and drinks which I will share with you in my next post.

The Highlights of Mytilene Town: Day and Night