Most of our travel follows a roughly similar path: decide where we want to go, figure out how and when we’re getting there, hop on TripAdvisor and look for a decent hotel. When I first pulled up the results page for Santorini hotels on TripAdvisor, I thought for sure there had been a mistake. Had I requested the total cost for a 1-month stay by mistake? Several of the results that came up were between 7,000 and 10,000 euros. Nope, I checked, this was per night. PER. NIGHT! The first thing you need to know about Santorini is that the only limit on how much you can spend in a short amount of time is the limit on your credit card. 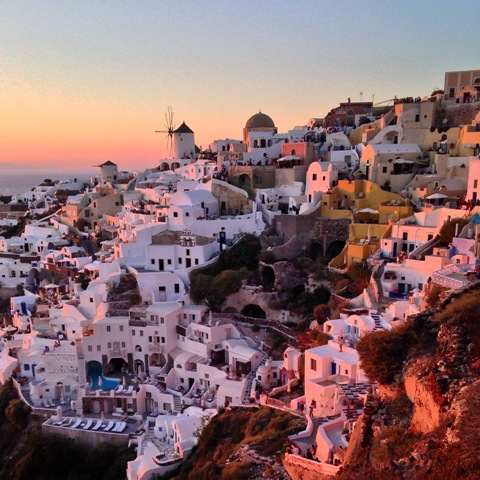 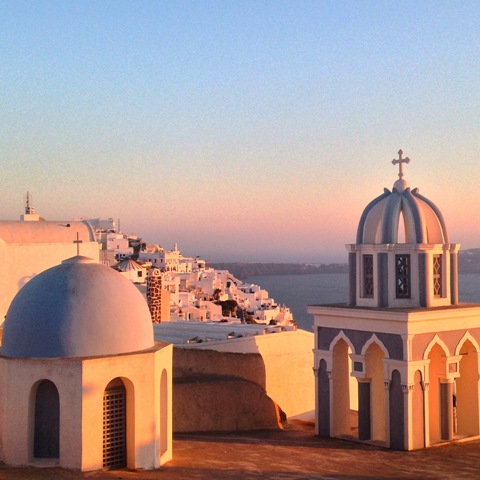 The second thing you need to know is why it’s so expensive — it’s preposterously picturesque. I know everyone can see it in their heads already, as I could before I had traveled there, but you wouldn’t believe how much time you spend just marveling at the view. Alex commented at one point that she’s never seen another ocean view that people spend as much time staring at, yet which is totally inaccessible. 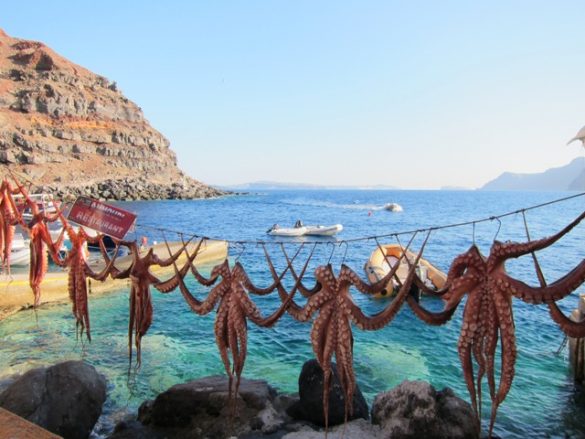 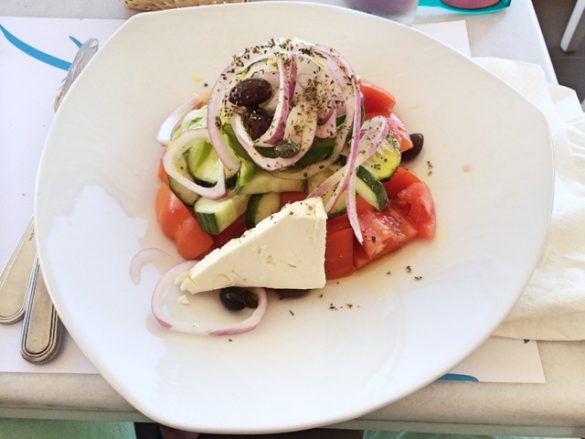 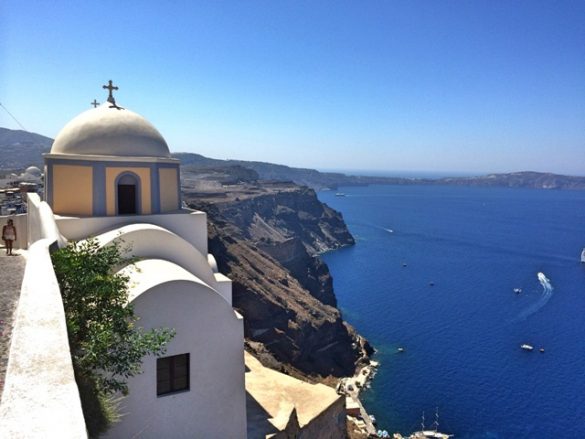 The sheer caldera walls climb hundreds of feet from the sea, with only a few steep winding paths from the powdered-sugar houses dusted on top to the rocky shores below. What few good beaches the island has are all on its non-caldera (which is to say, non-Santorini feeling) side. 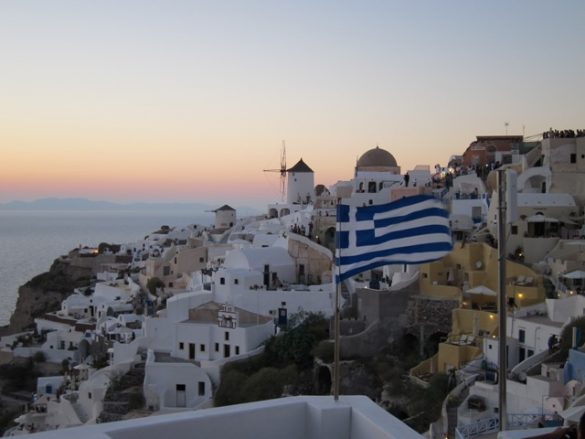 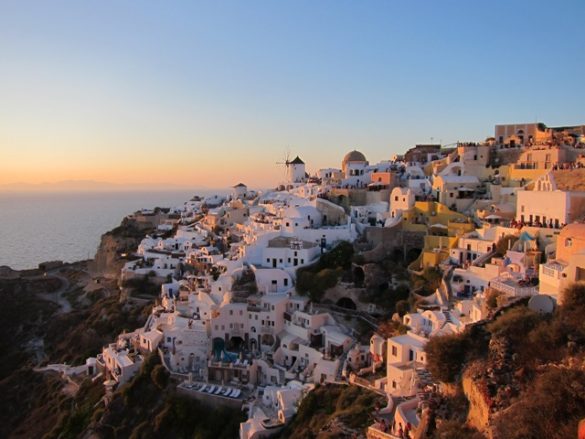 It seems that most of the Americans who come to Santorini are honeymooning, and so we were asked several times if we were on ours. Maybe that explains the astronomically priced suites overlooking the caldera, with private infinity pools and bougainvillea-covered arbors. Apparently honeymooners want to spend more time exploring each other than the island around them. 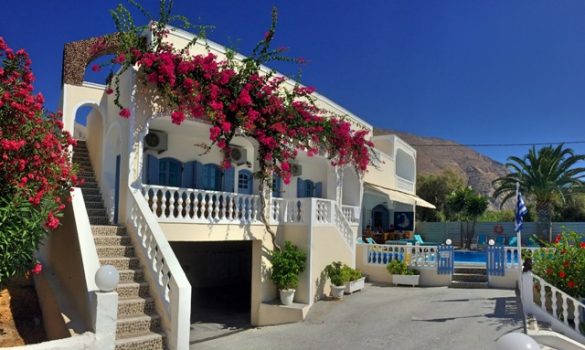 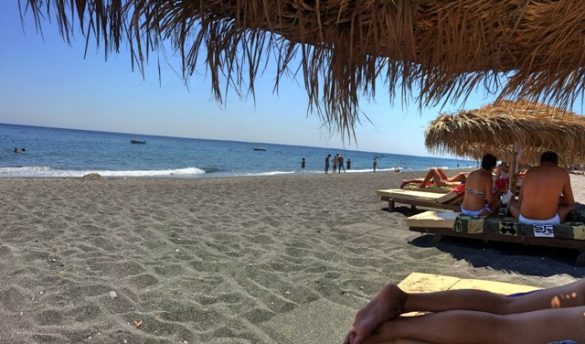 If honeymooners aren’t staring into the caldera from their poolside suites, they’re probably gathering along the railings in Oia, at the north end of the island, for the daily ritual of watching the sunset. In what I imagine has to be Greece’s most-photographed view, every evening the sun sidles down between the end of the Santorini mainland and the small outer island of Therasia, painting the whitewashed walls of Oia orange and pink and setting the caldera waters aflame, finally dipping below the horizon to an obligatory cheer from the gathered thousands. 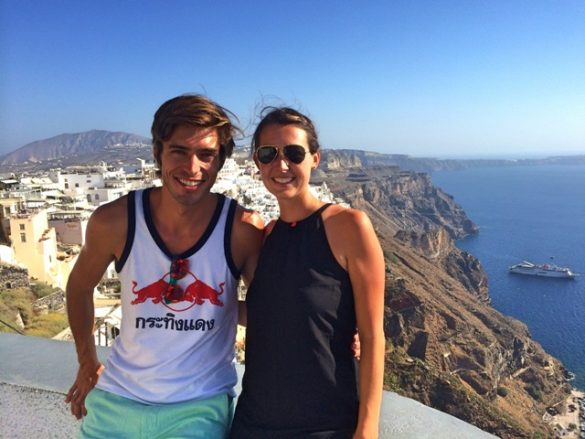 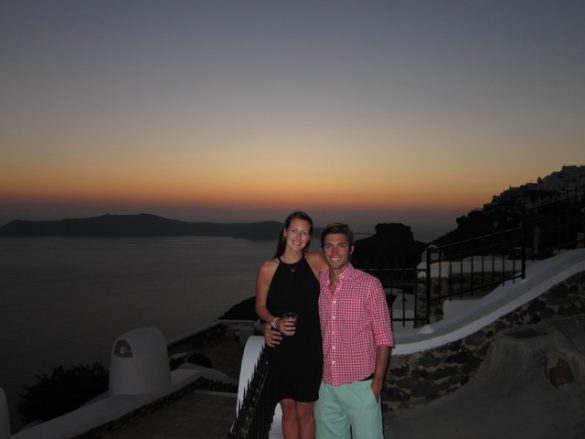 Afterward, unless you’ve had the good fortune of watching from your caldera-fronting infinity pool, plan to spend a good half-hour winding slowly through the narrow town streets behind other sunset watchers. We took part once, as felt necessary, but also spent an evening in quiet Imerovigli, sharing a bottle of wine in a deserted church courtyard and watching the same sunset without the Super Bowl-worthy crush of DSLRs in Oia.

I don’t think clouds have discovered this part of the Aegean yet — every day we were there dawned sunny and blue, the red orb of the sun rising slowly out of the pre-dawn haze in the exact reverse of the spectacle we and thousands of our closest friends had watched the previous evening. This one, however, is greeted by only the garbage trucks and early bus charters. The honeymooners are still sleeping.

If you are looking for other romantic Greek islands for couples, check out the post here.

Vanessa and Jon in Athens

Sun, Sea and Snow: The Highlights of Pelion