Driving around the city in a pink Nysa van was definitely a great way to experience Warsaw. We joined Adventure Warsaw on their Communism Tour to learn more about Poland during the communist era, how Warsaw was rebuilt and heard a few interesting stories. The Communism Tour with Adventure Warsaw As our guide Lukas pulled up at the Grzybowski Square we got out of the bright pink Nysa van a vehicle produced in the town of Nysa, Poland from 1958 until 1994 to learn more about the square’s history which dates back to the 17th century. On this square you will find a rather interesting mix of architecture — neoclassical and modern with traces reminding of the communism era. One side of the Grzybowski Square is dominated by the All Saints Church being the largest in Warsaw completed in 1883, built in a neoclassical style.  Next to it there are a few modern high rise buildings built by the famous architects such as Antonio Corazzi and Fryderyk Albert Lessel. During the World War II a part of the Grzybowski Square was turned into a Warsaw Ghetto and a wall separated the area from the non Jewish side. Today Próżna Street is the only reminder of the old Jewish quarter. Over the centuries, Poland had changed various rulers and regimes. During the 13th century the first lady was crowned King of Poland — Jadwiga’s husband William of Hungary was called Queen of Poland as there could not be two kings.
17th century saw an abolition of monarchy as the last King ruled Poland and on 3 May 1791 Poland became the first Constitution of its type in Europe. In 1795 the Partitions of Poland took place and for 123 years the sovereign  Poland ceased to exist on the map. The official language during the time was Russian and German, Polish was banned. It was during that time that Max Factor, Patek Philippe and Samuel Goldwyn moved to the United States from Poland to start their careers. The back of the abandoned building

As we walked around the Próżna Street, Lukas explained that in 1915 Warsaw was the most crowded city with 900,000 people living there almost as crowded as Tokyo is today. The old building stating on the Próżna Street today is there to remind of the past and you can actually still see some of the details which decorated the walls in the 18th century. 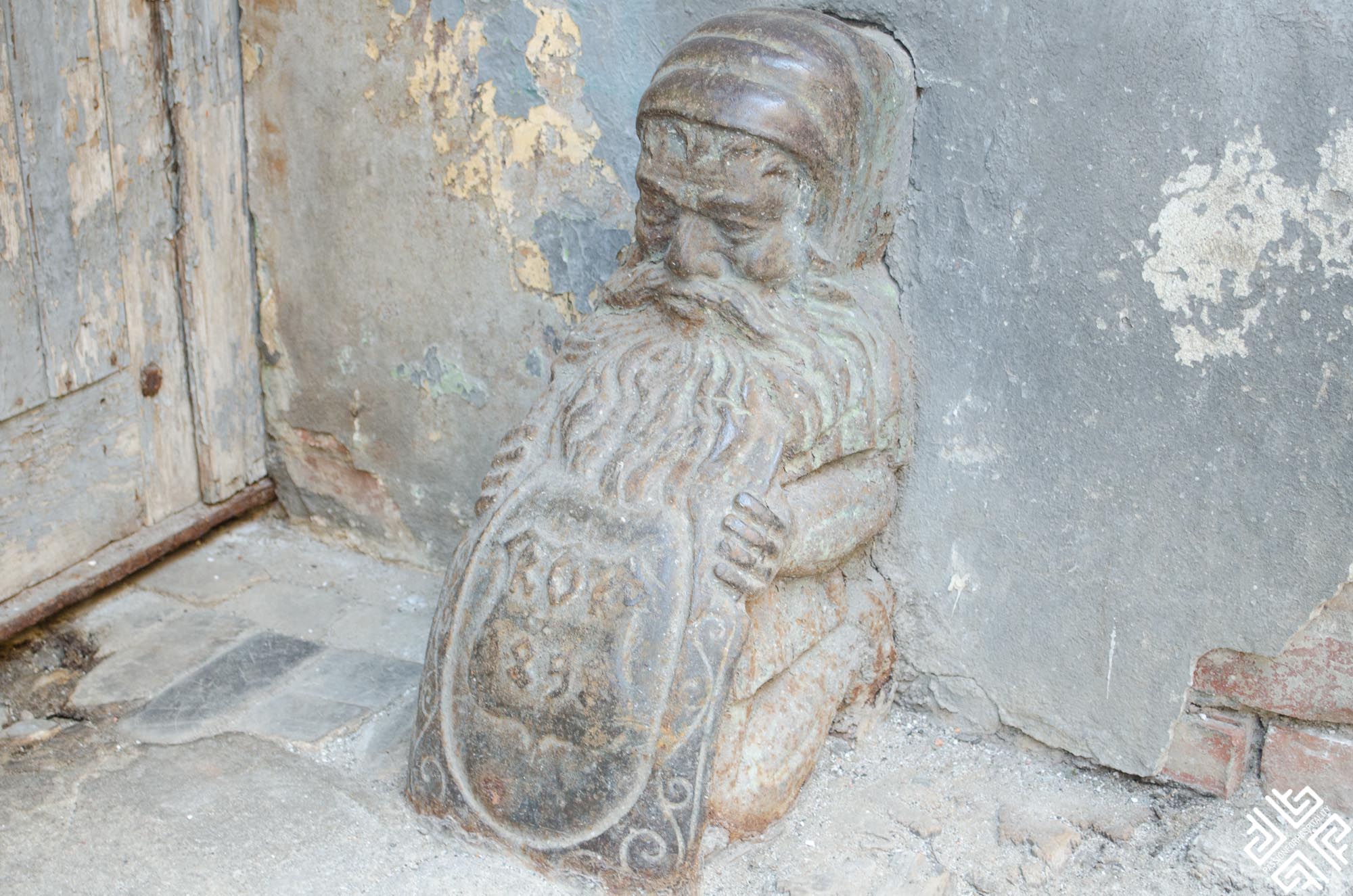 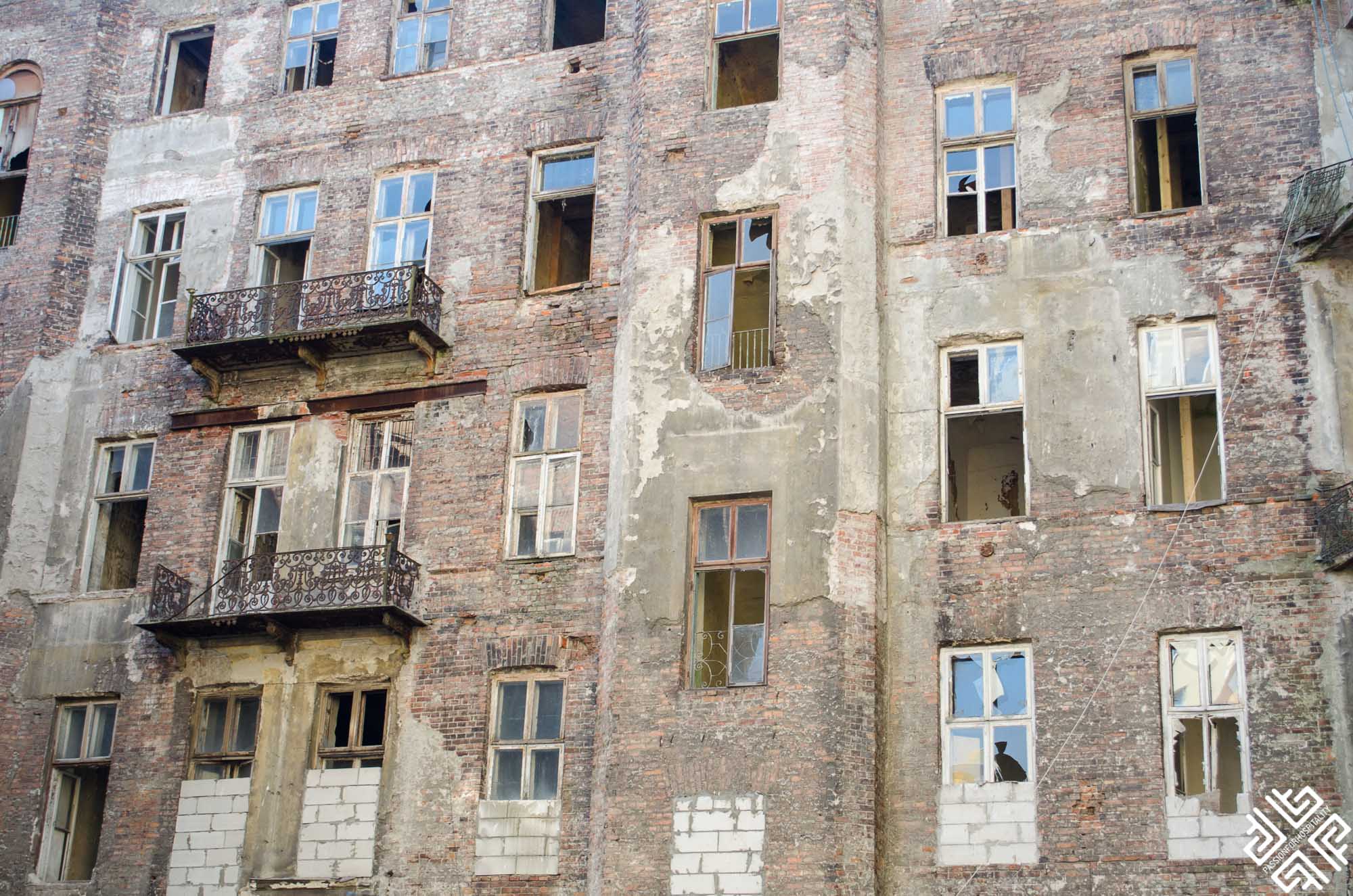 The dwarf statues were placed there to direct the horse carts and the drunk drivers from bumping into the walls. In fact there was a popular saying “ to be drunk as a horse rider”. Up until 2006 the building was inhabited by alcoholics, prostitutes and smugglers — today it stands there in its abandoned state.

Palace of Culture and Science The Palace of Culture and Science is the tallest building in Poland and eighth tallest building in Europe. Constructed in 1955 the building was a present from the Soviet Union to the Polish people. Initially the Polish people though that the building was going to be a church and in the end they got disappointed. The building has a total of 3,300 rooms and is used for offices, libraries, cinemas, clubs, universities, scientific institution and public authorities. The building is visible from 30 kilometres depending on visibility and is regarded as the Soviet domination over Poland. The main architect Lev Rudnev constructed the building using the same technology as applied in the construction of the Empire State Building in New York. The city’s landmark is home to falcons who guard the building with determination. As Lukas explained you will not be seeing any pigeons around the Palace of Culture and Science, they know its a dangerous zone for them.
In 1967 the Rolling Stones performed a concert in front of 4,000 people at the Palace of Culture and Science, they were invited by an influential politician who wanted to please his daughter on her birthday. They got payed in Polish Zloty only to their surprise they could not exchange the currency into US dollars so they spent the money to buy Polish Vodka which they left in Warsaw hoping to host a party one day when they would return. When they did come back, the Vodka was gone. We then headed to the Constitution Square to witness the alignment of the buildings and streets were parades would take place during the Communism era. Lucas continued to name some other famous Polish people like Marie Curie a two-time Nobel Prize winner whose work led to the discovery of radioactivity. Curie had two daughters one of whom also was awarded with a Nobel Prize for the discovery of artificial radiation. Museum of Life under Communism

Our final stop was at the Museum of Life under Communism which pretty much felt like entering our apartment in Russia. I remember we had many similar items during the 80s. 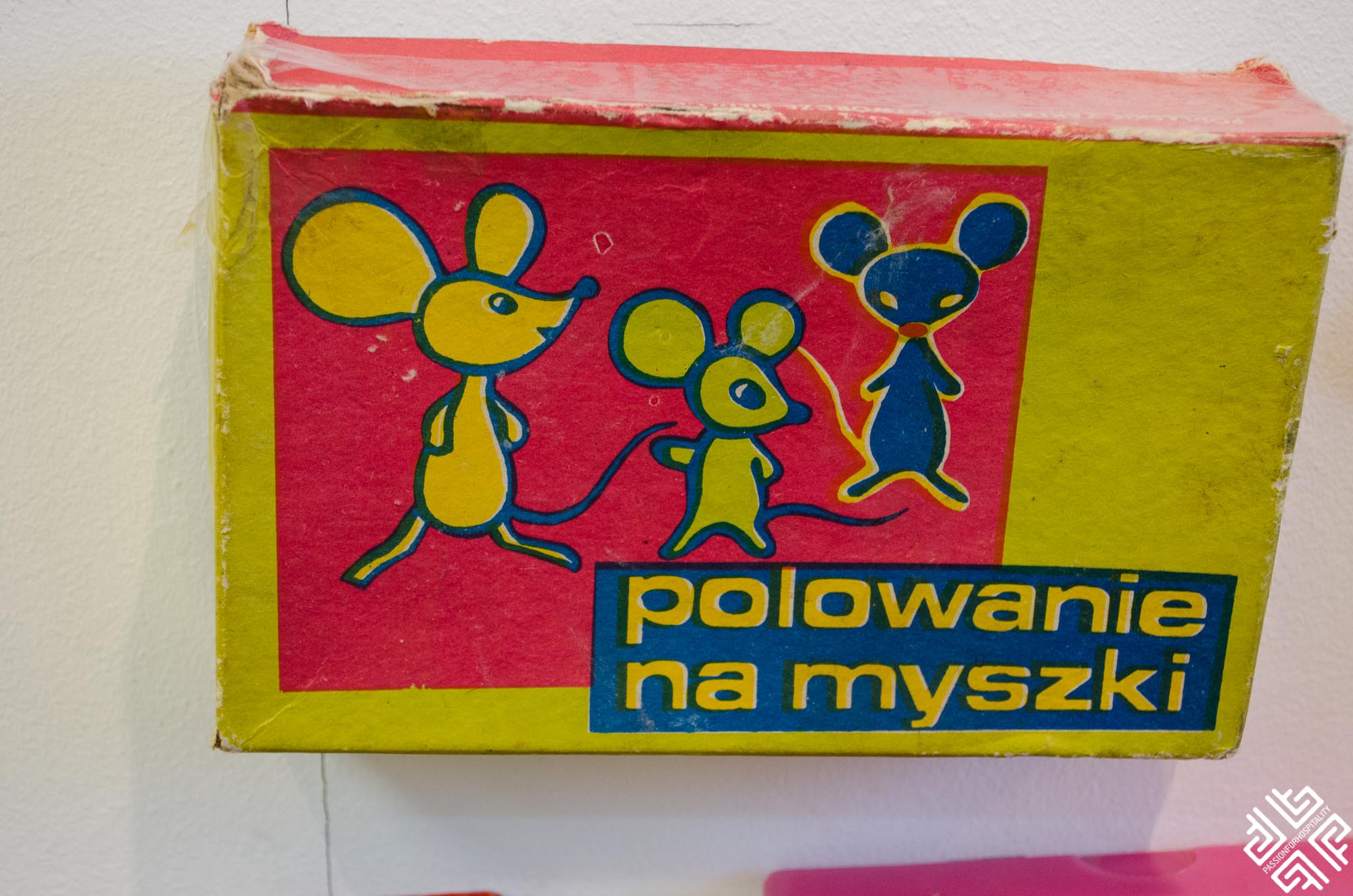 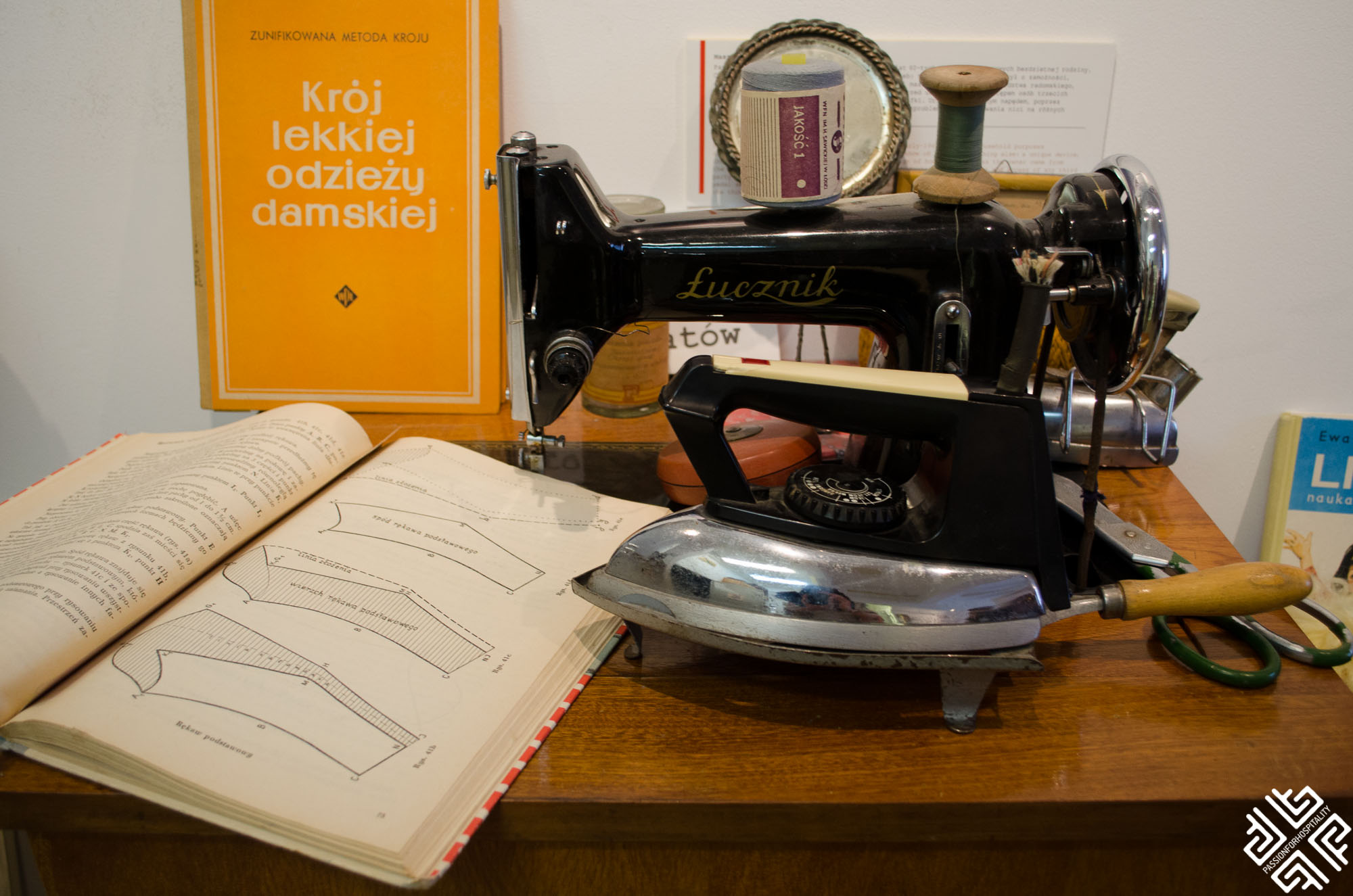 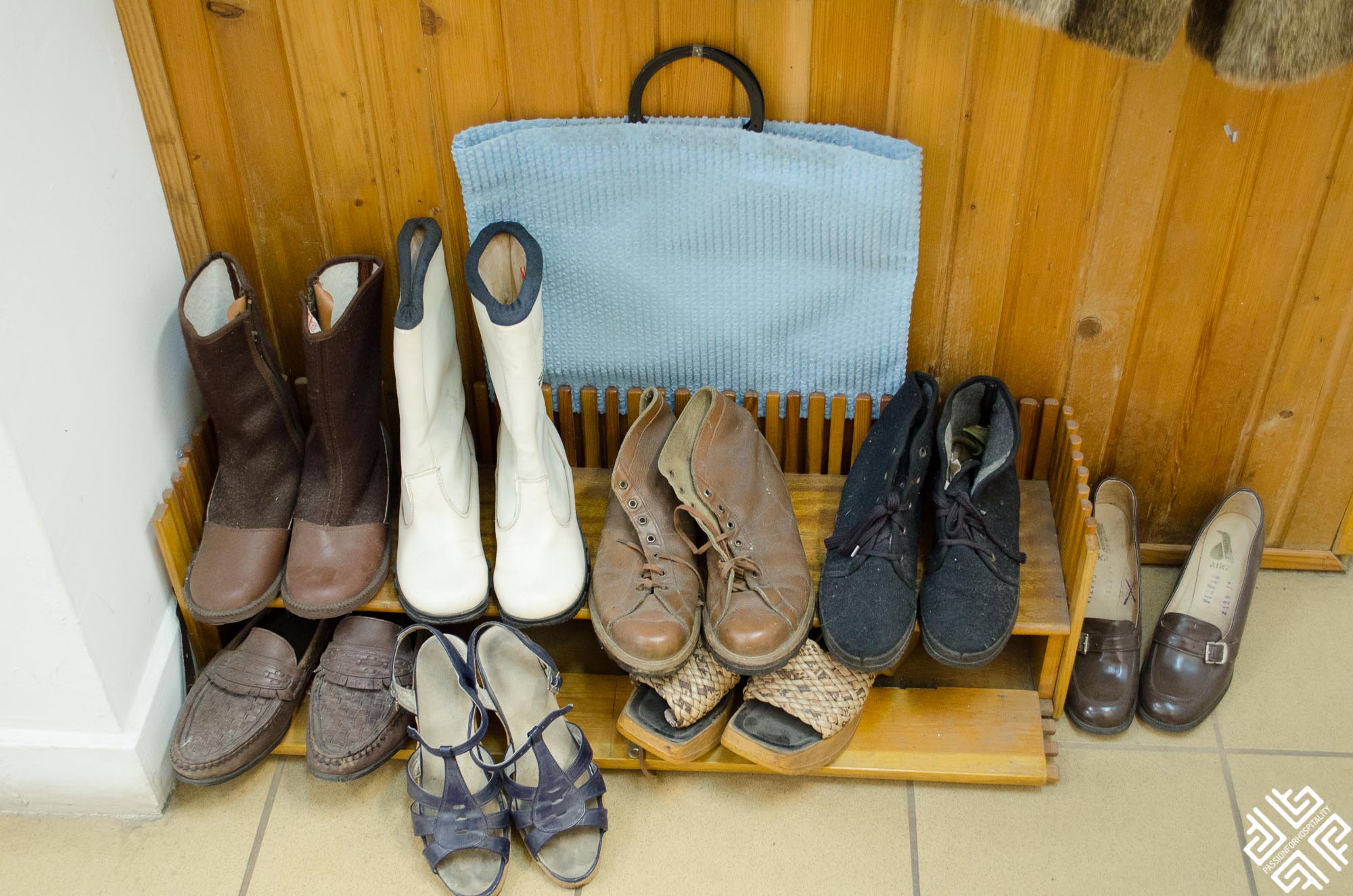 The museum is set up as an apartment displaying everything from the kitchen to the bathroom and the living room. Here you will also find memorabilia from the Solidarity Union which was a non-governmental trade union formed in 1980 giving a rise to the anti-communist movement. 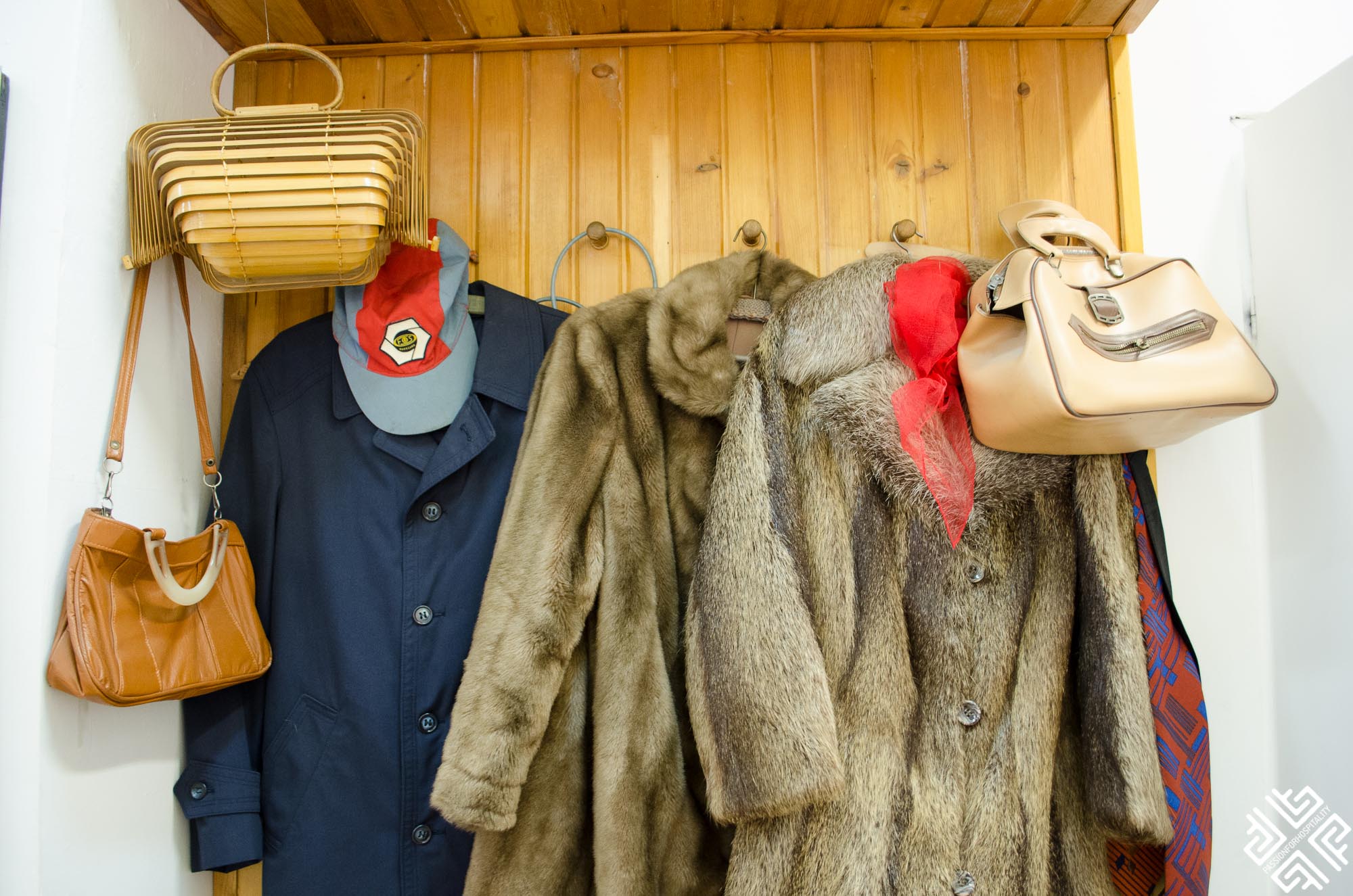 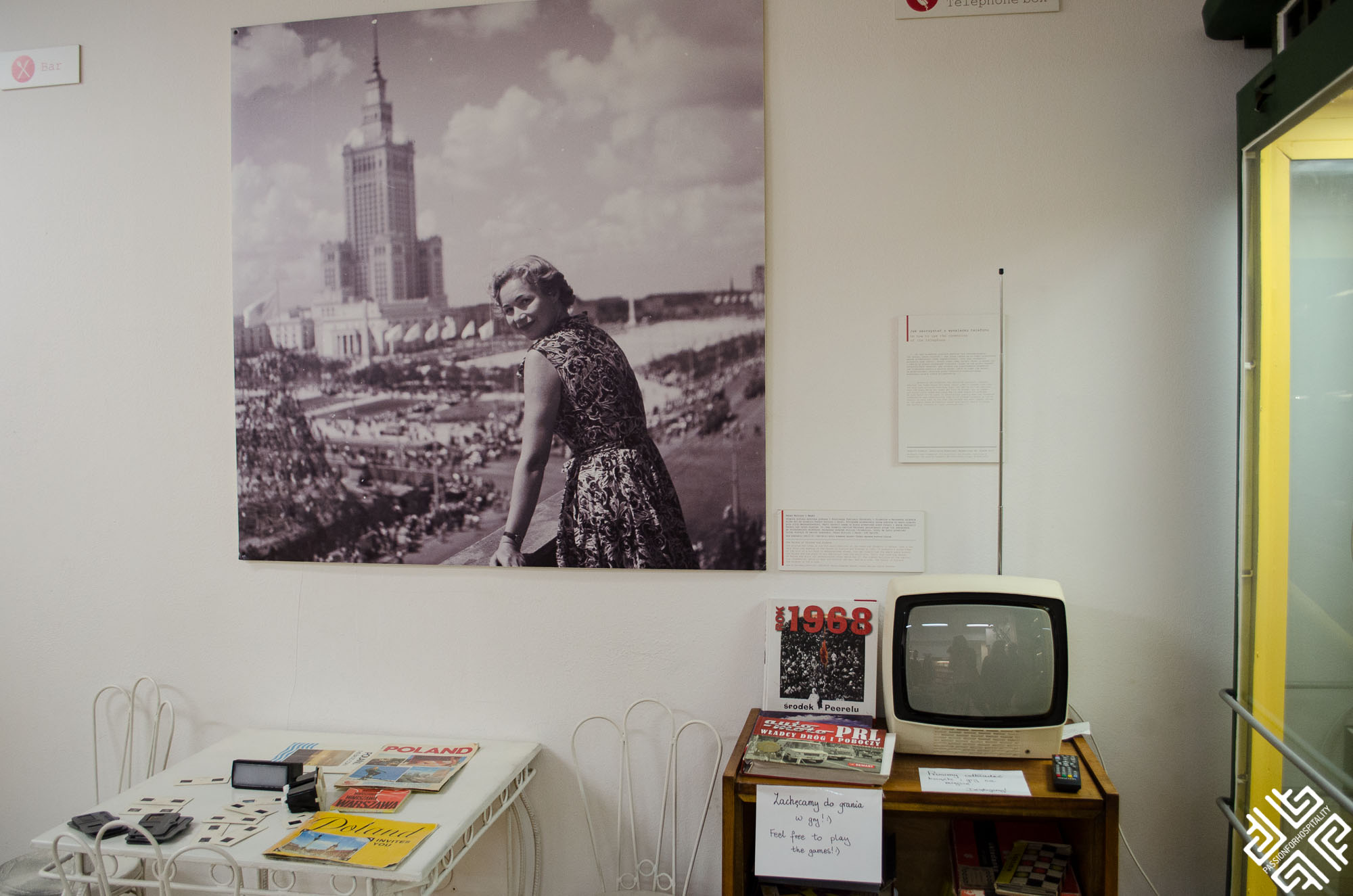 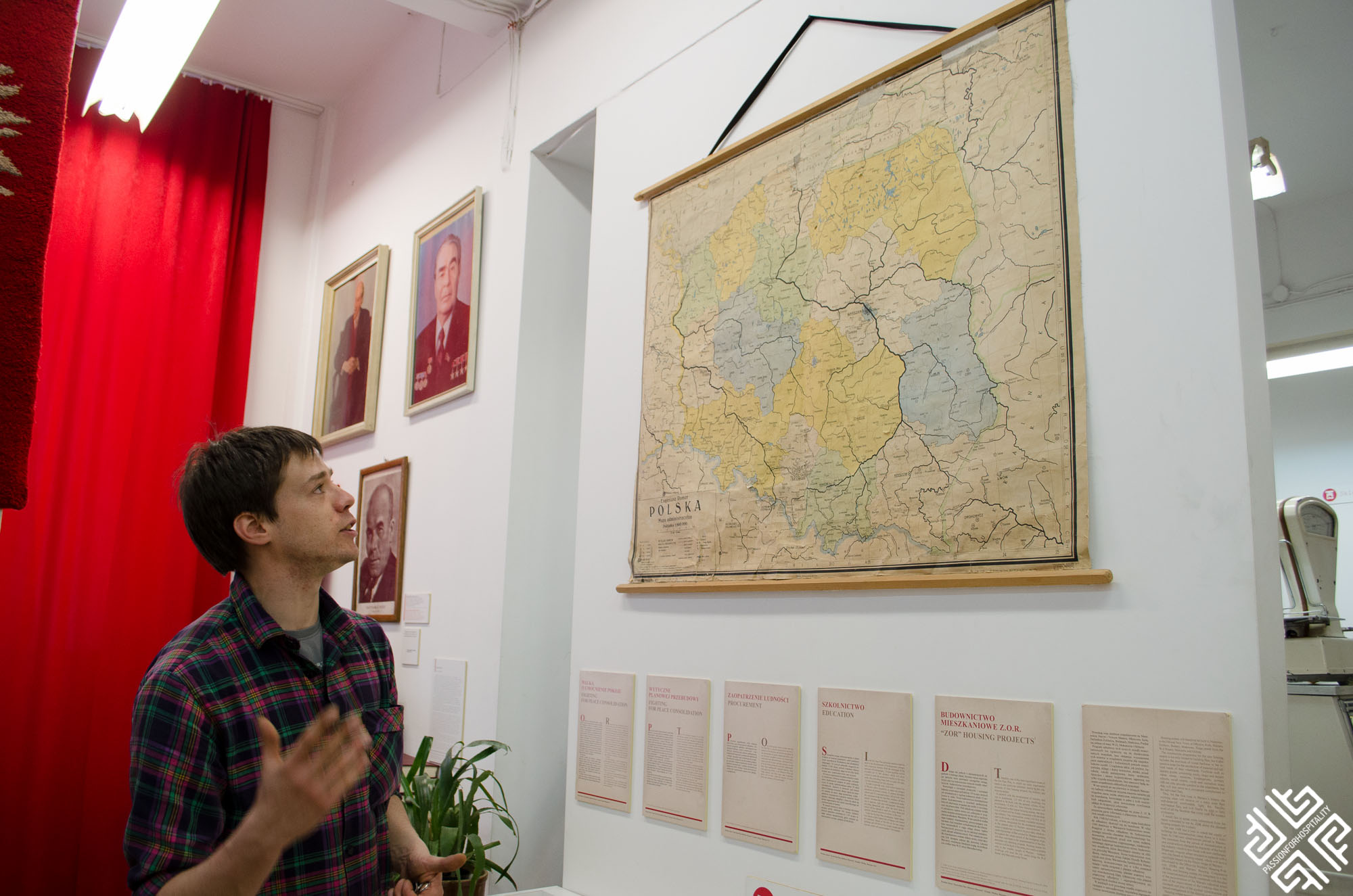 During this time there was a shortage economy which resulted in long queues and shortage of food as a result a coupon/rationing system was introduced. 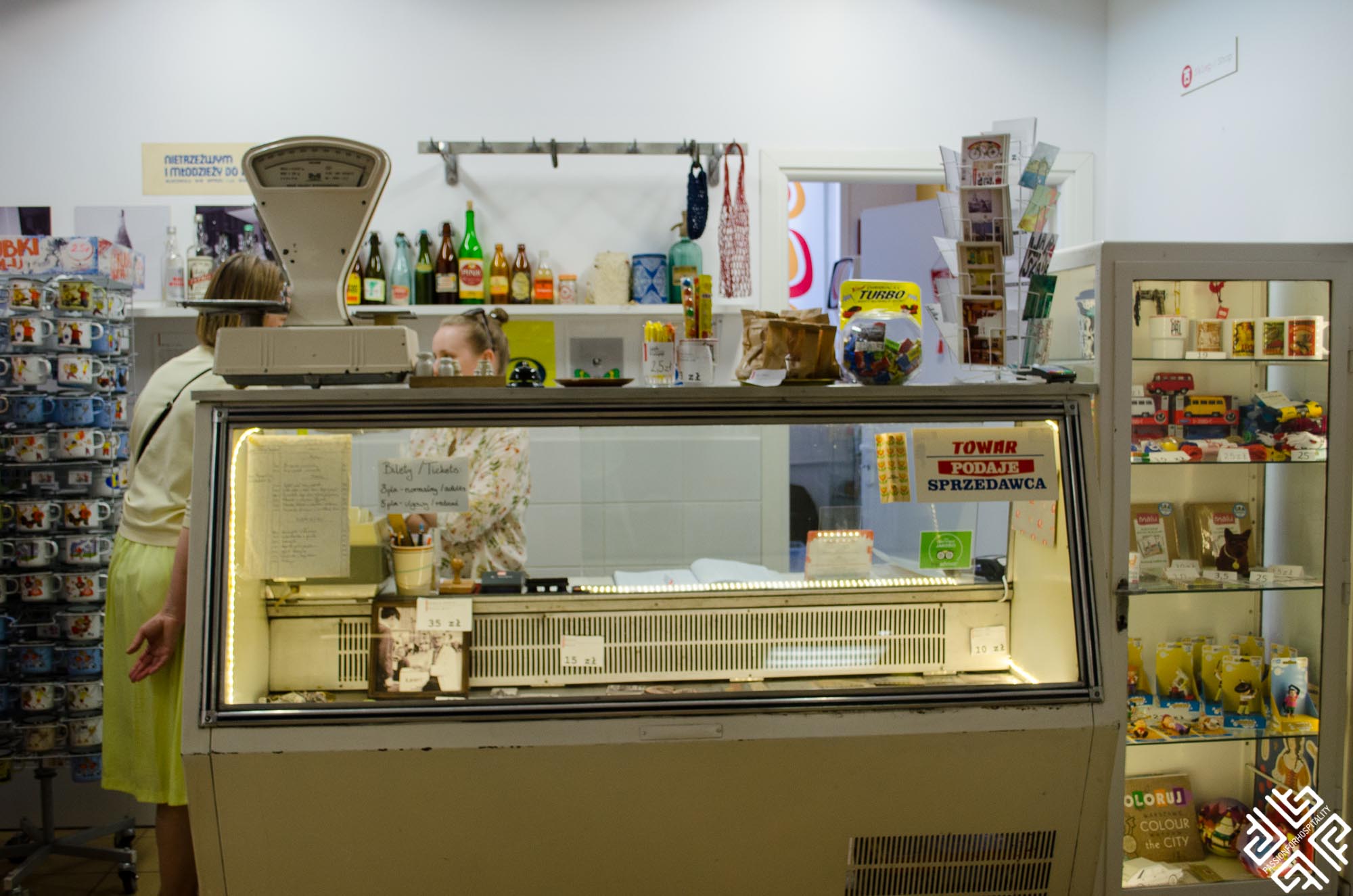 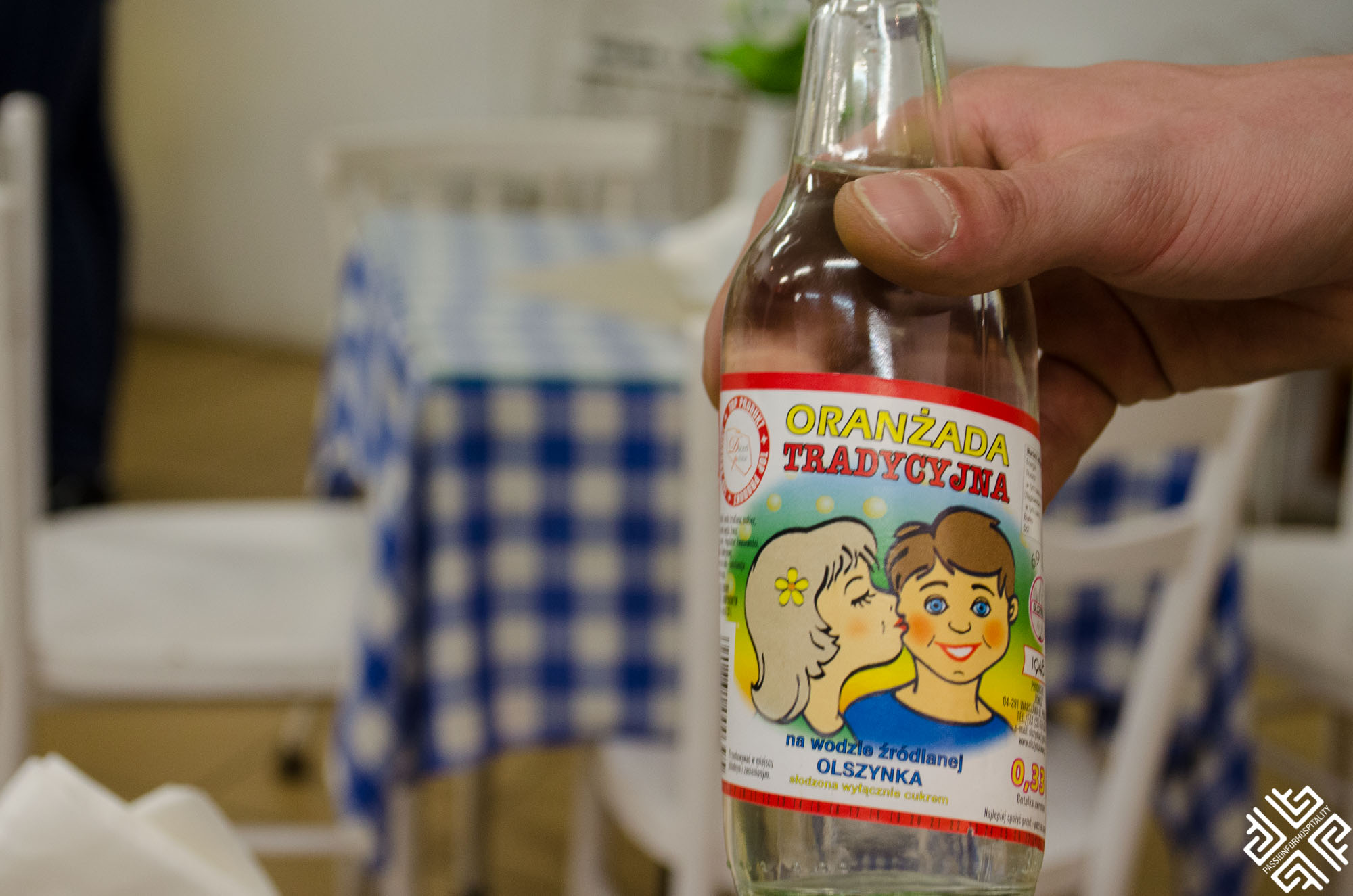 Polish people consumed lots of Vodka as it was rather cheap to buy and as Lukas said it is in fact easier to run a drunk society. This makes you wonder, right? Discover more of Poland, check out this post on the 6 cities to visit in Poland. 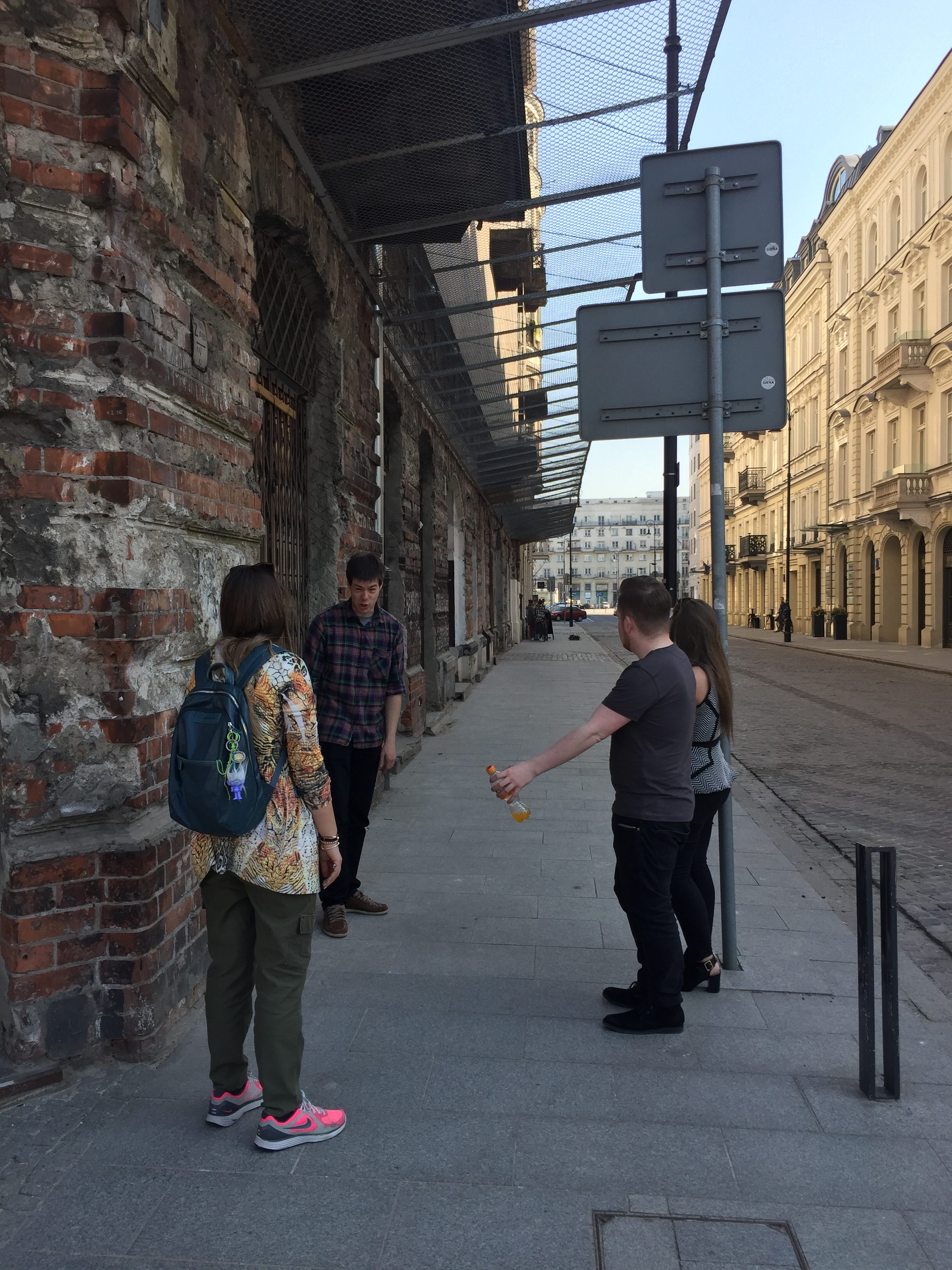 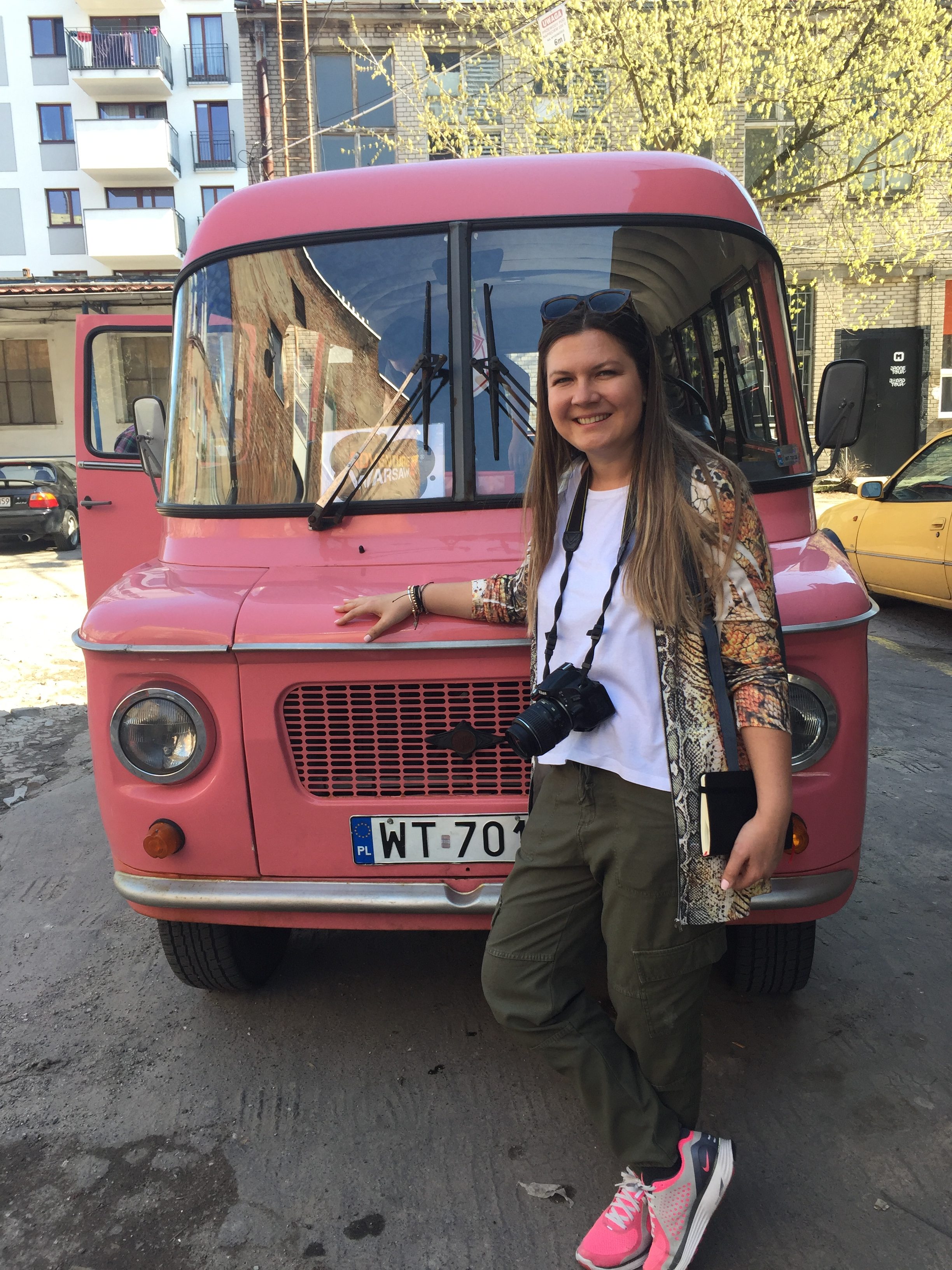 *Passion for Hospitality was a guest of Adventure Warsaw, all opinions expressed are my own.

Art and Architecture of Stockholm